It is a beautiful beach situated in Jalalpore taluka in navsari district in the  state of Gujarat. Dandi beach is also known for dandi March which was carried  by mahatma gandhi. 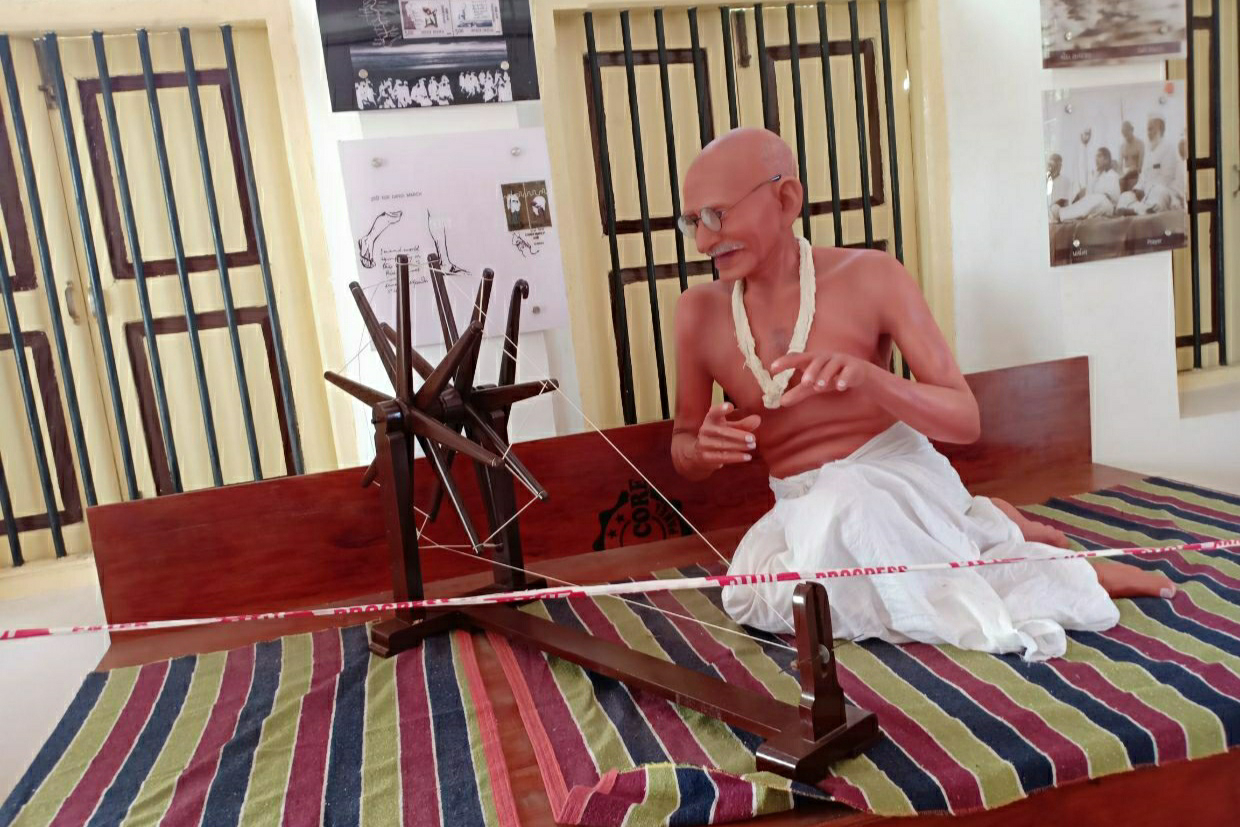 Dandi beach is located at Arabian sea. Which looks beautiful and attractive. 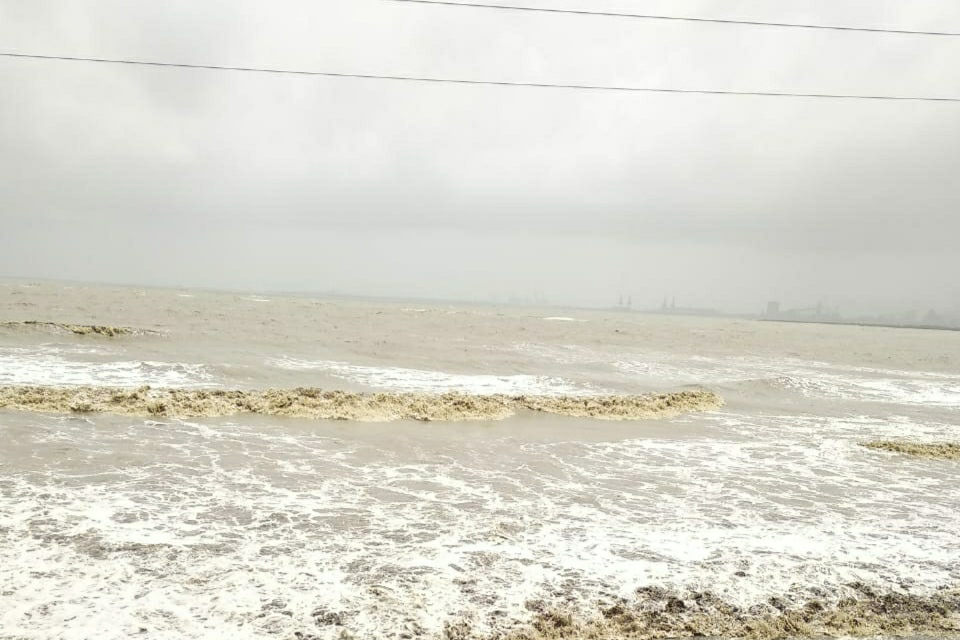 This beach is super clean and has good management for tourist . Another name of dandi beach is danda . The famaus salt march was ended here . The whole journey of salt march is sculpted on the stone at  dandi which looks beautiful.
This beach has historical importance . Mahatma Gandhiji started salt march from Sabarmati situated in Ahmedabad to dandi beach. 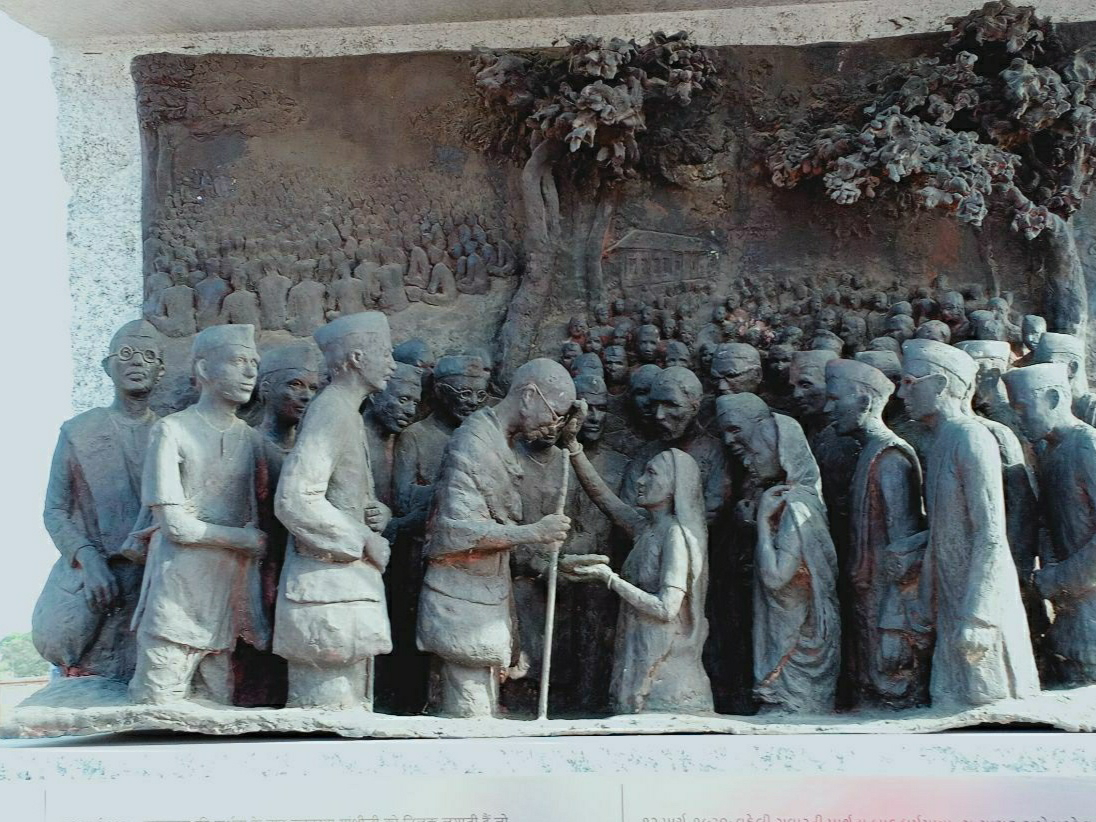 This march was started on 12 march 1930 and ended on  6:30 am on 6th April 1930 . Above image show us tilak ceremony which is the main event in indian culture whenever anyone is going on journey. 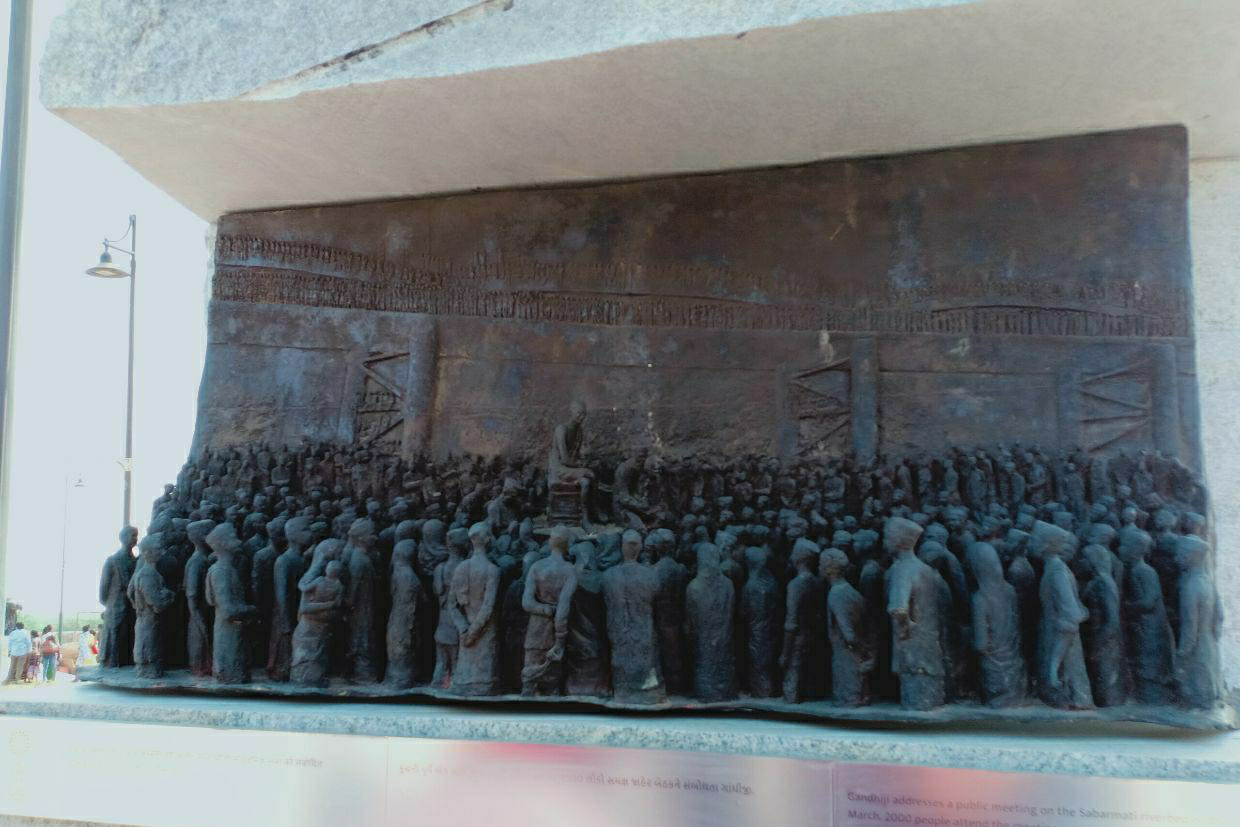 This march was started with 78 people . In above image you can see how gandhiji is motivating everyone and explaining significance of this march . 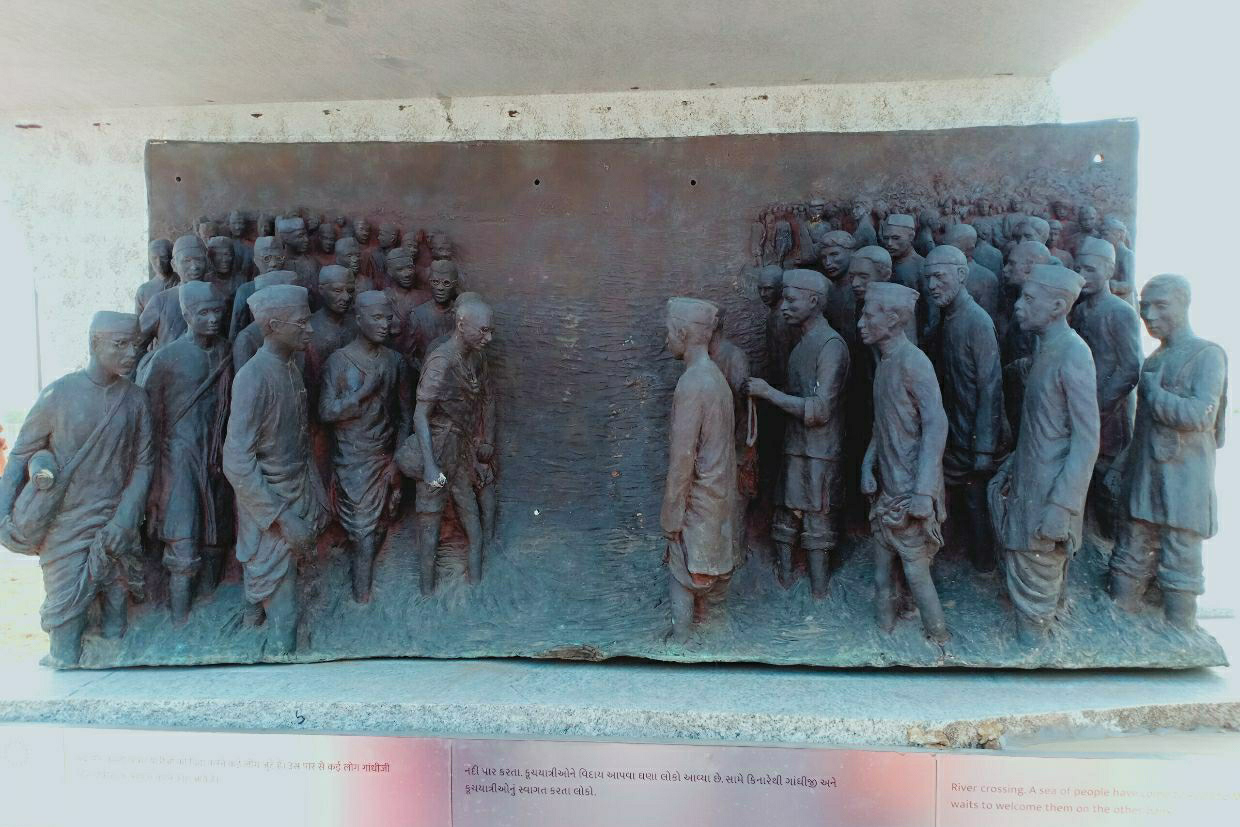 later on many other people joined this protest . The  whole protest was against imposition of tax on salt . 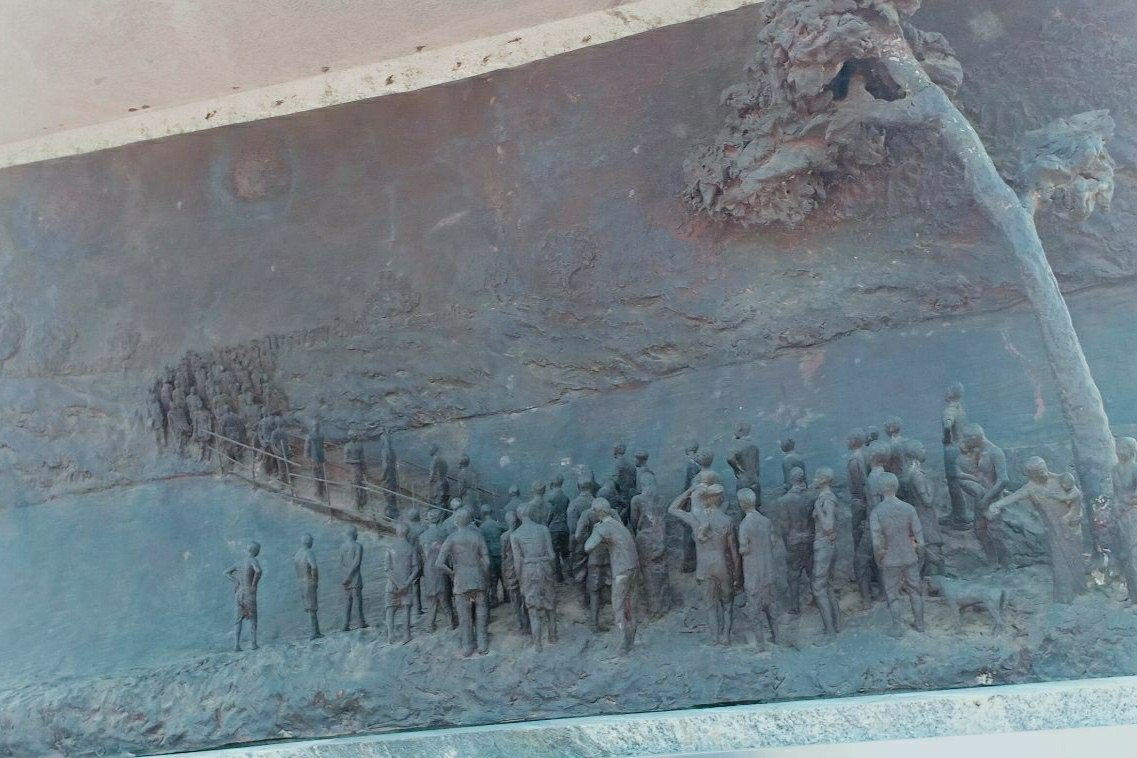 Whole protester walked on foot for 24 days . They were covering 10 miles a day on foot.  The protest was non violent based on Gandhiji's principle. 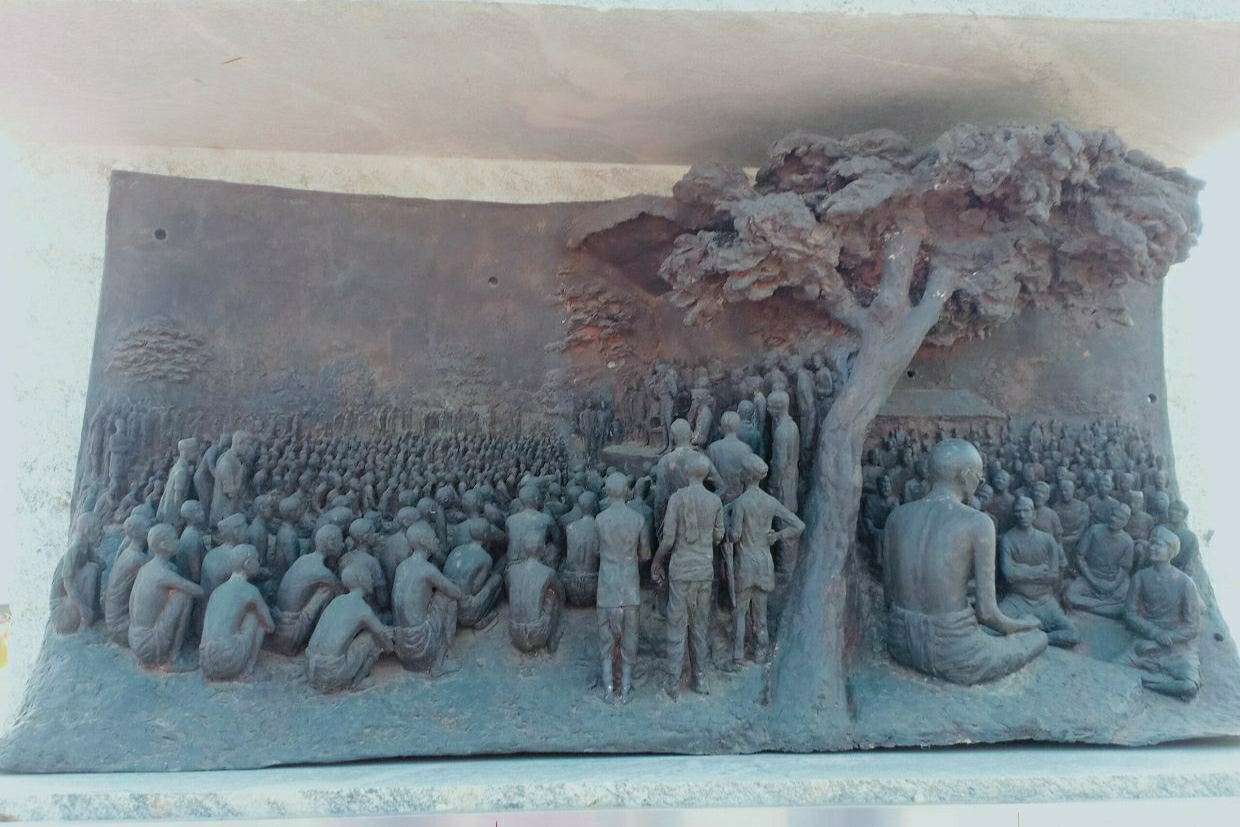 This satyagraha ( protest ) was worldwide news coverage.Due to  this protest 60000 indian were jailed. 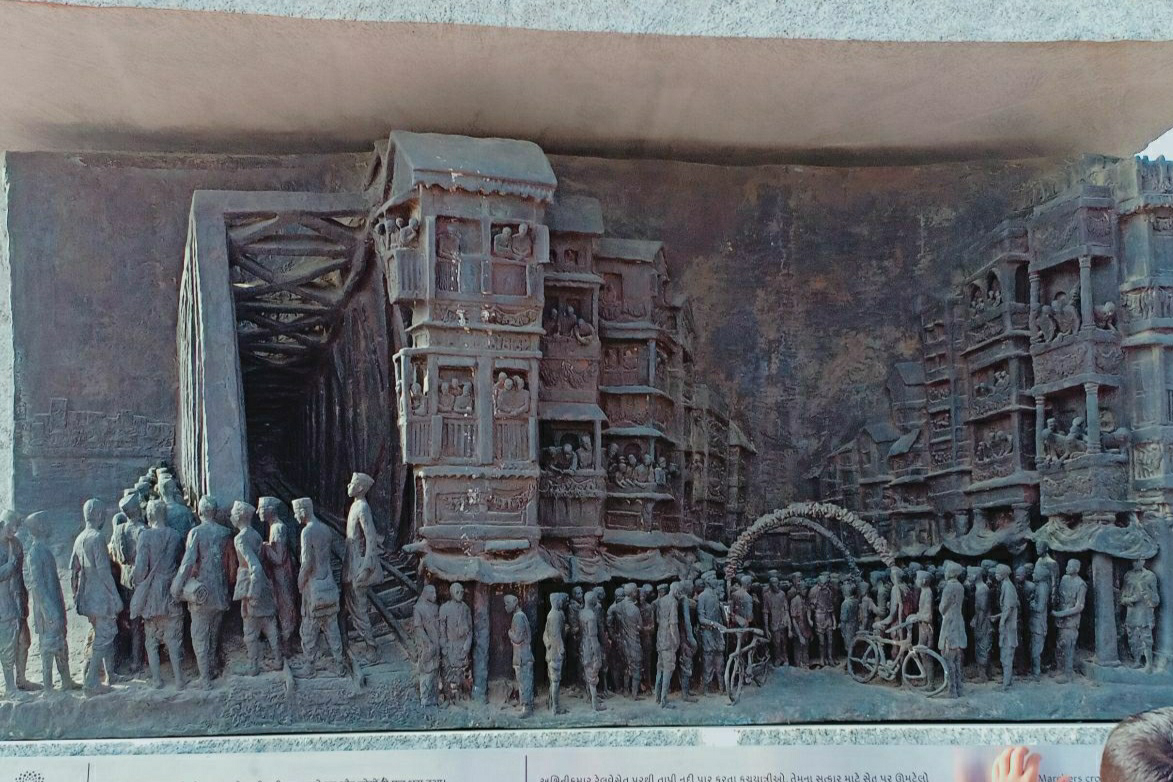 Salt march was against law made by British which was   Britain salt act of 1882 prohibited indian from collecting or selling salt . 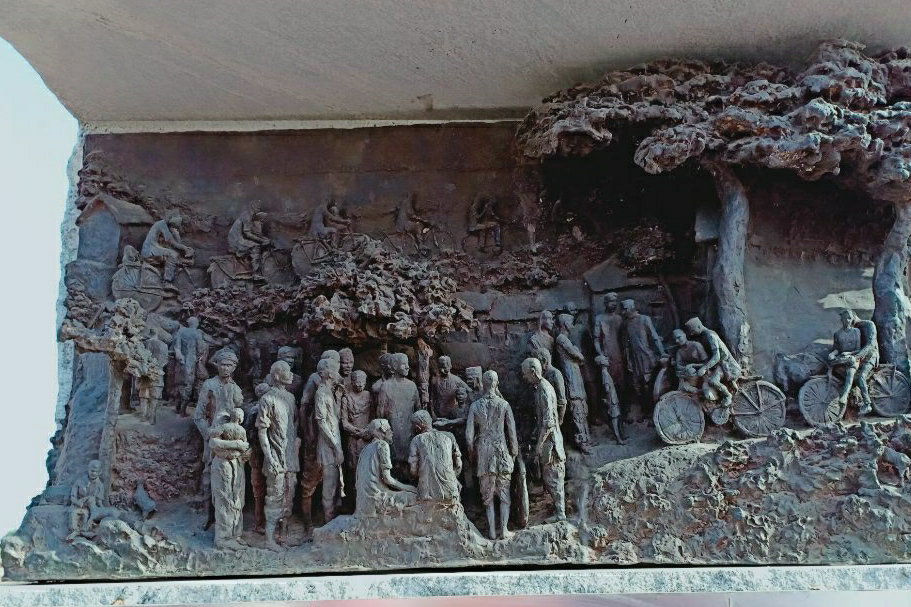 Whole salt march began on 2 march 1930 when gandhiji informed viceroy lord Irwin that he and the other follower will begin breaking the salt law in 10 days . 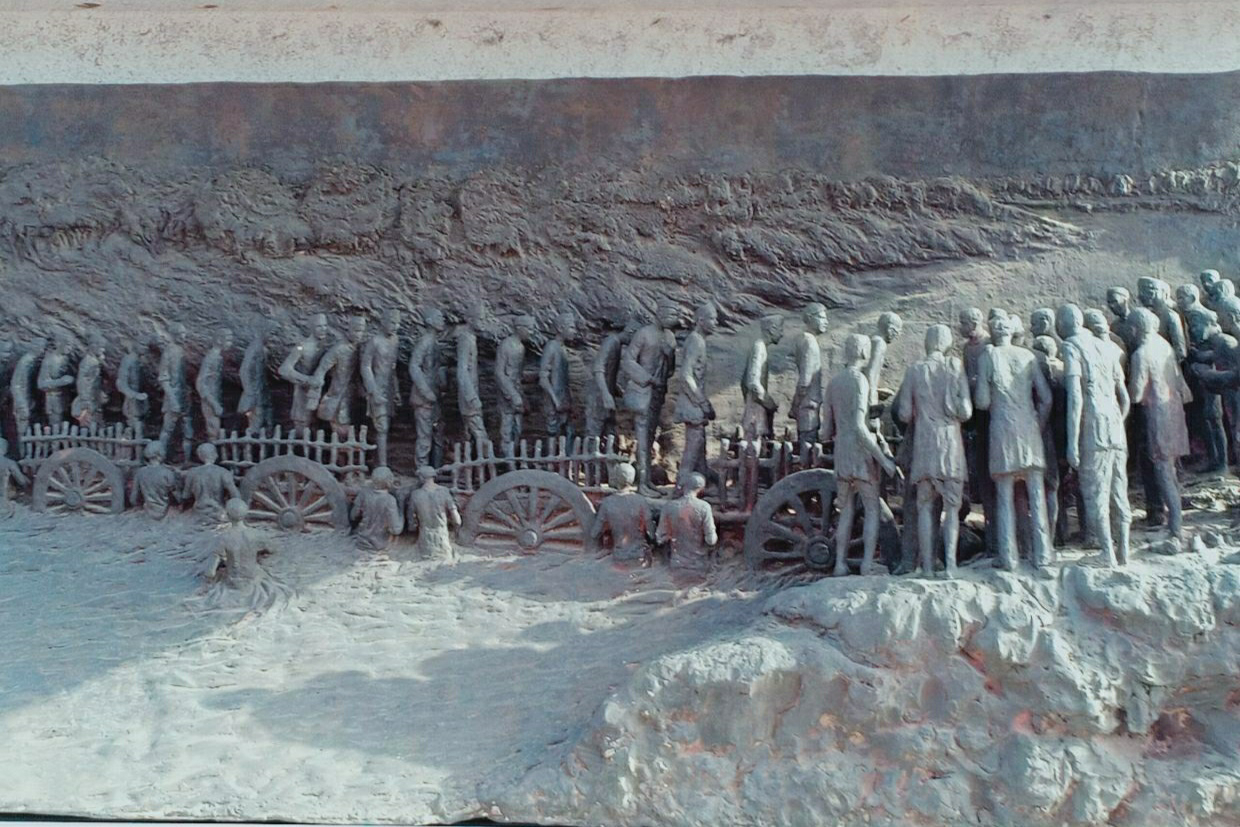 From there this whole protest began , gandhiji and his supporters broke the British policy by making salt from seawater. 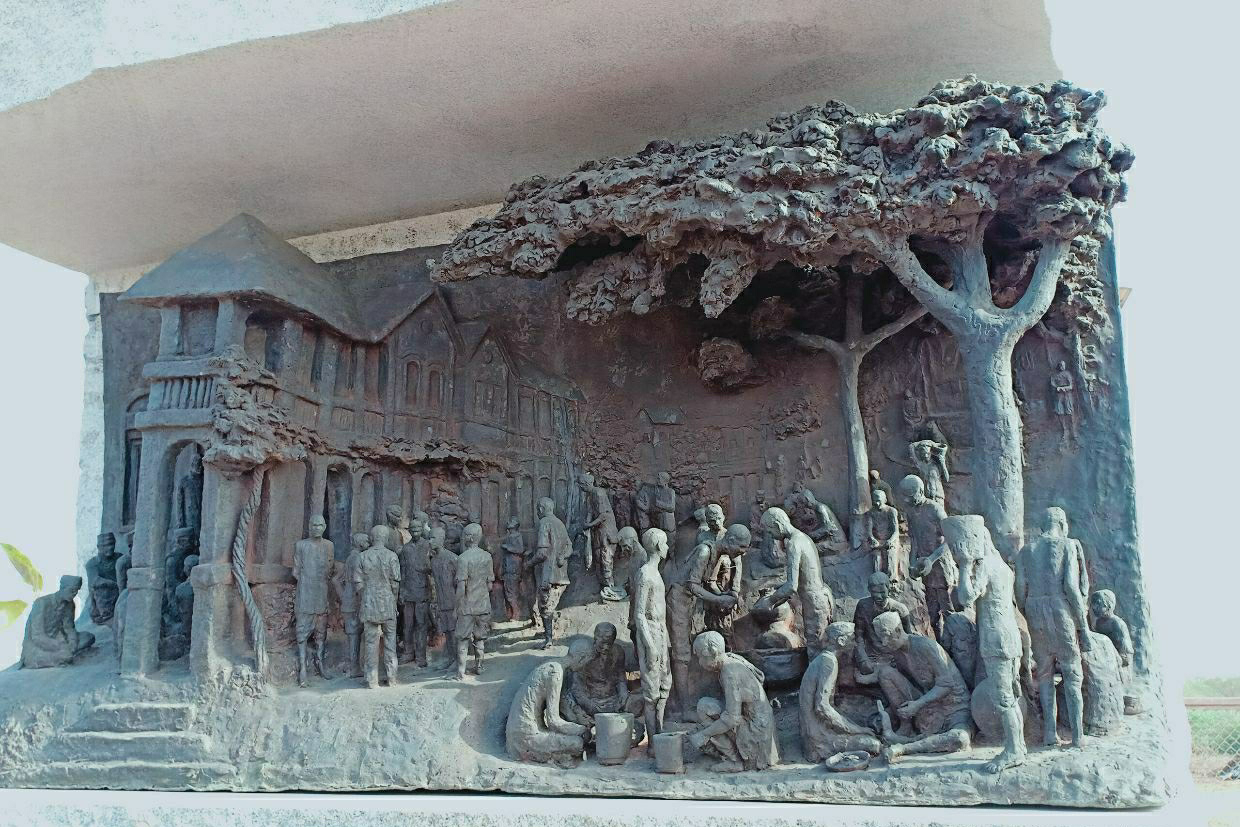 With each passing day there  were more people who are joining this protest . 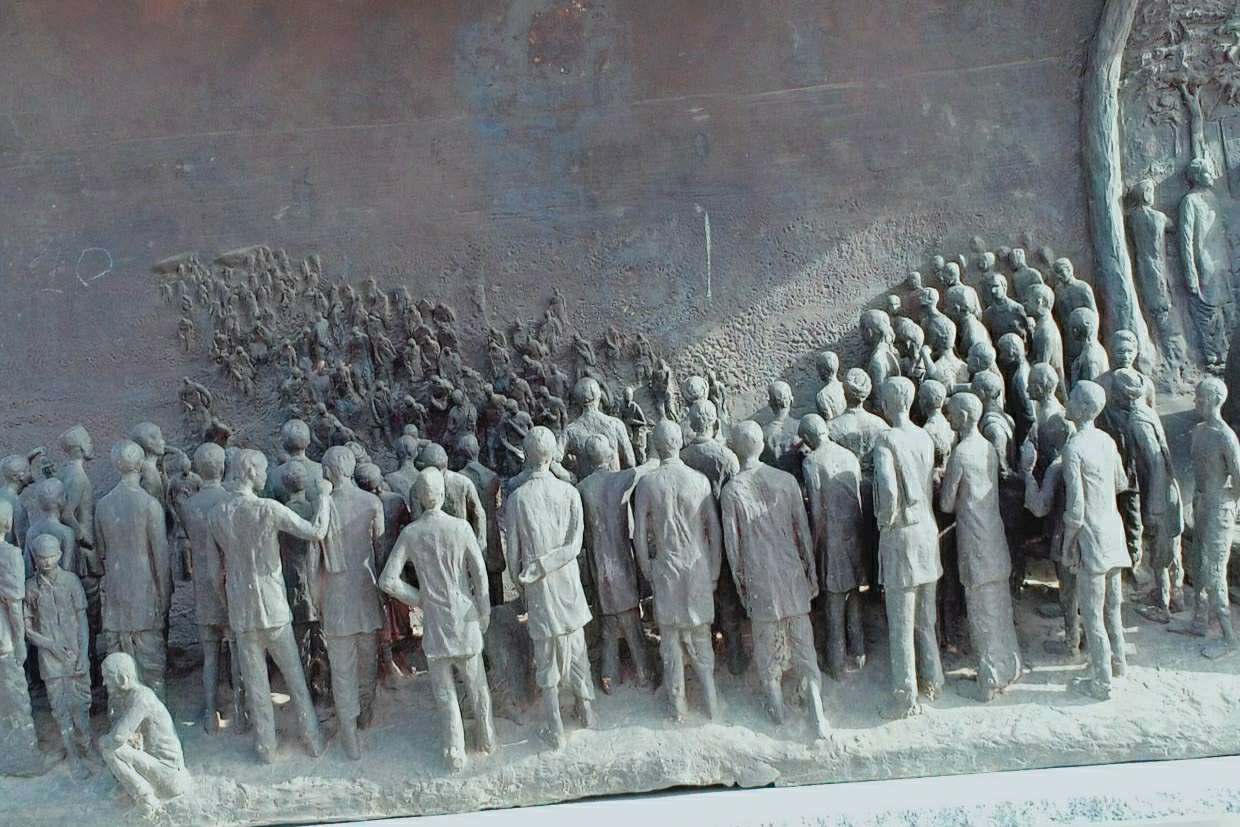 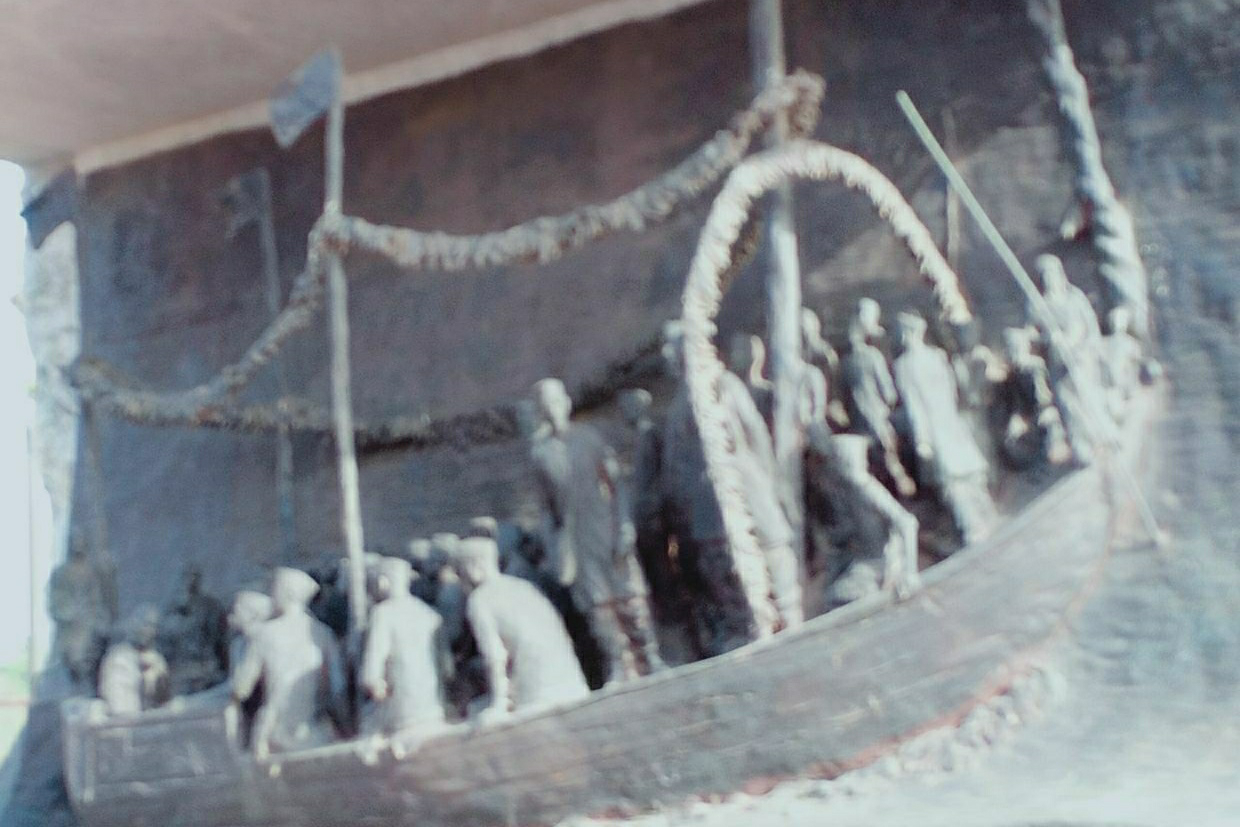 At the end of the protest there were 10 thousand people who were part of this protest.
Gandhiji took lump of the salt from the mud and British salt law had been defied.
This was the whole story of dandi . Dandi beach becomes more beautiful on full moon due to the high tides . 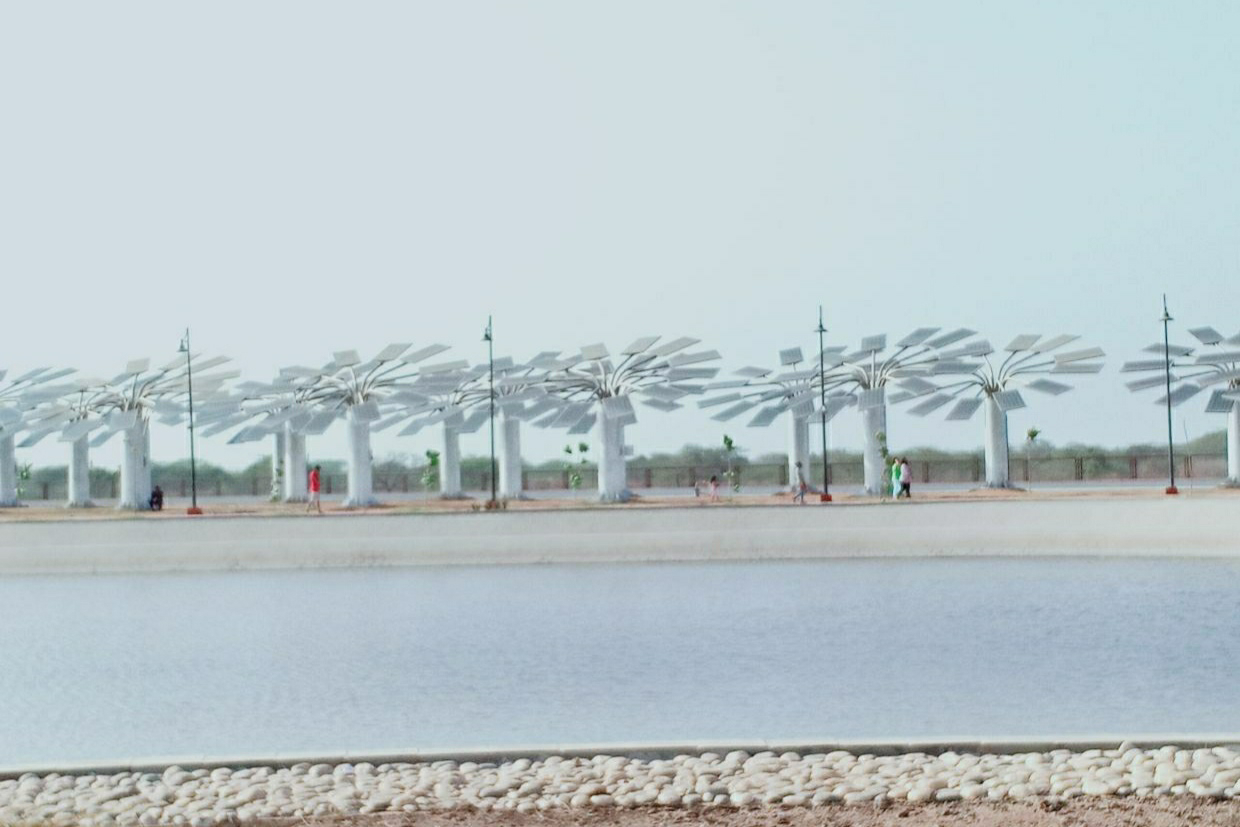 At this beach you can have quality time with your family.

HOW TO REACH AT DANDI BEACH?
BY TRAIN: Nearest railway station is navsari railway station which is 20 km away from dandi beach.
BY AIR: Nearest airport is Surat airport which is 60 km away from dandi beach. From this airport you can easily get Bus ,taxi and cabs.
BY ROAD:  You can also go with your own vehicle or by public transport. State buses are easily available.