on May 24, 2020
JAGANNATH PURI :  India is known for its culture, diversity , mythologies and temples  . When it comes to temples we have plenty of stories associated with it . Now talking about Jagannath Puri, it is associated with lord krishna ( form of vishnu) .  Now let's take a glance about this place .It situated in puri in the state of Odisha in india. Jagannath Puri temple is dedicated to lord Jagannath form of vishnu . 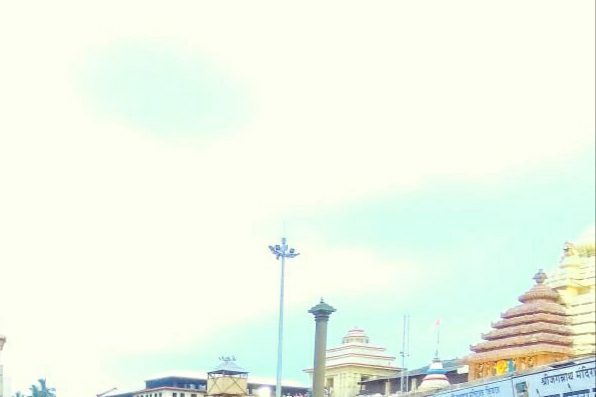 Jagannath Puri has Kalinga architecture and created by indradyamna which was completed in 1161 CE. It is a Hindu temple . In Jagannath Puri there are three deities Jagannath, balabhadra and Subhadra which are worshipped. Jagannath Puri is famous for ratha Yatra or chariot festival which occur  every year in month of June & July . In this festival temple cars (built from wood) are made for three deities Jagannath,balabhadra and Subhadra . It almost takes two month to built these temple cars which are pulled by devotees till Shri gundicha temple which is 3km away from Jagannath Puri temple. Chariot is approx 45 feet high and 35 feet square .Devotees visit here for darshana ( holy view) every year.Image of the three deities is made of wood .  Image is replaced by replica in 12 to 19 year . Jagannath Puri is one of the char dham ( four main site of krishna devotees) . According to legend temple was built by ganga dynasty king ,anantavarman in 12th century. There is a  huge controversies about construction period of jagannath puri . At Jagannath Puri other festival also occurs like chandan yatra , snana yatra and nabakalebura. Great saint like Ramananda and Ramanuja are also associated with this temple . And also Ramananda established Emar mutt and Govardhan mutt near Jagannath temple . Whole temple is managed by Shree Jagannath temple managing committee. Every year millions of devotees visit here and also it is a holiest place for Hindus . It is a famous pilgrimage destination in india . This temple has so many stories and  mythologies . So everyone should visit here and it is  also once in a life experience.

HOW TO REACH AT JAGANNATH PURI?
BY AIR : Nearest airport is biju Pattnaik airport which is 60 km away from Jagannath Puri.
BY TRAIN: Nearest station is puri railway station and from this station you will easily get taxi ,bus and cab.
BY ROAD : puri - Jagannath road is well connected with bus so you will easily get Bus .

PURI BEACH: It is situated in puri in the state of Odisha in india. Puri beach is situated on the shore of bay of Bengal . It is a Hindu sacred place . 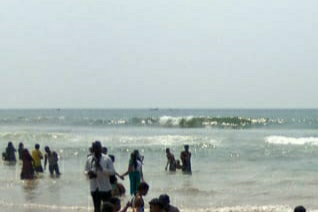 It is also known for it famous beach festival which is co- sponsored by indian minister of tourism . Beach festival includes sand art and other unique things . And also sudarshan Pattnaik which is local artist take part in this festival and he has international awards. This beach is beautiful and amazing place in puri to visit.  Every year thousands of tourists visit here to watch this beach festival which occur in the month of November.

BEST MONTH TO VISIT PURI BEACH?
December to February in winter and  March to july in summer and also in November beach festival occurs.

HOW TO REACH AT PURI BEACH?
BY AIR : Nearest airport is biju Pattnaik airport .
BY TRAIN: Nearest station is puri railway station.