on May 18, 2020
RANI KI VAV (Queen stepwell) : Particularly talking about gujrat this state has diverse culture and known for its food like khaman ( dhokla) ,aloo puri , pani puri , jalebi fafda and also known for trade and navratri nights specially for garba . But when take a look in past gujrat was known for its fort and stepwells . We have heard stories that Shah Jahan built Taj Mahal for his beautiful wife Mumtaz in her memory similarly Rani ki vav is the stepwell built by queen udayamati for his husband bhimdev in his memory . Let's take a look about this place   . It is a stepwell situated in patan in the state of Gujarat in india . It is also known as ranki vav ( Queen stepwell) . Located on the bank of Saraswati river. It is constructed during rule of chalukya dynasty. According to prabandha chintamani composed by the Jain monk merutunga in 1304 , stepwell was commissioned in 1063 and it took 20 years to complete. 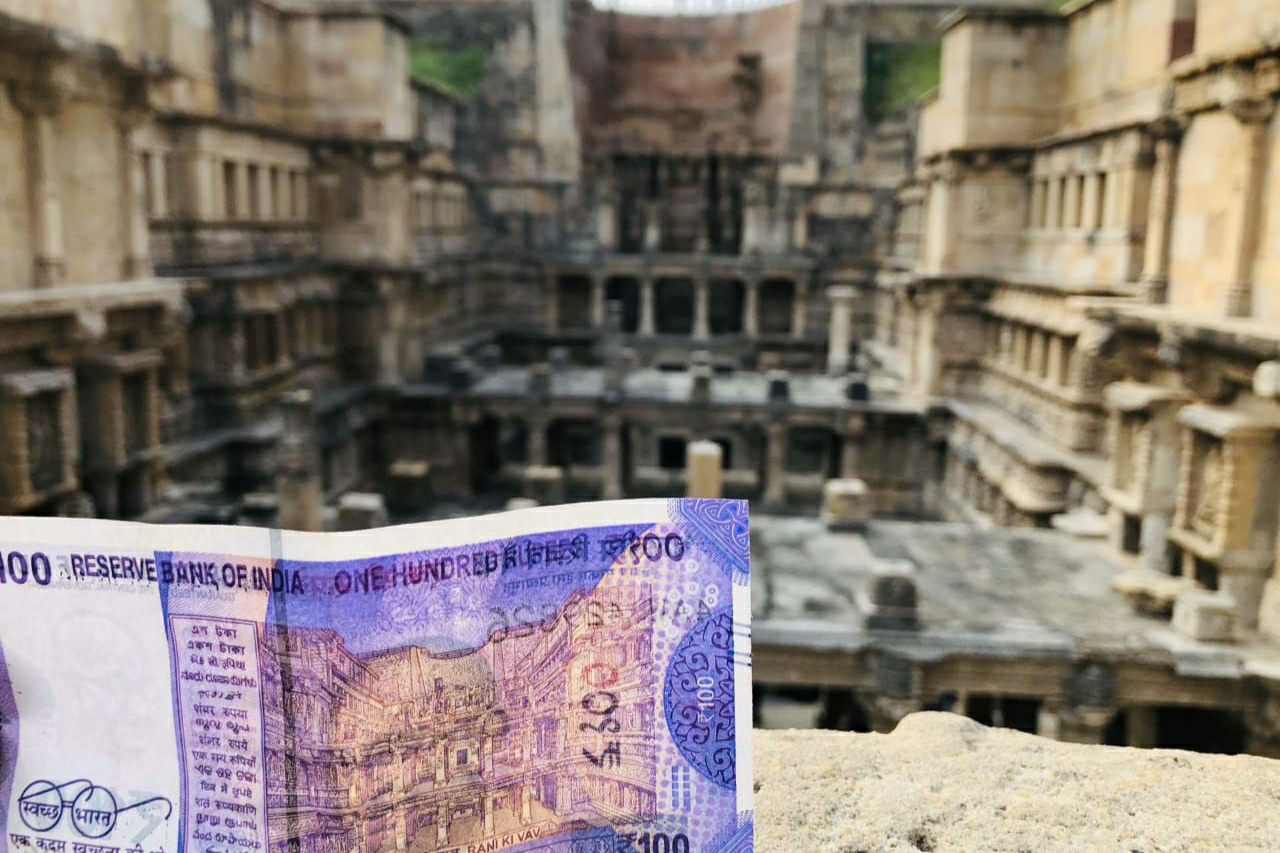 According to this book , udayamati the daughter of naravaraha khangara built this stepwell in shripattana ( patan). It is assumed that it was built in the memory of bhimdev by his queen udayamati  after his death. It has 7 floors with amazing design and details. Later in 19th century  many foreigners visited at this place and made many assumptions. In 1890 , two foreigners henry cousens and James Burgess they thought this stepwell is huge pit measuring 87 because stepwell was completely buried under the earth and only few pillar were visible. Officer of British East India company James Todd mentioned that the material from the stepwell is also reused in other stepwell in patan such as barot ni vav . Rani ki vav stepwell was buried for so many years but in 1940 excavation and restoration was carried out by baroda state and revealed the stepwell but it was done partially. Archaeological survey of India carried out the major excavation and restoration in 1986 . 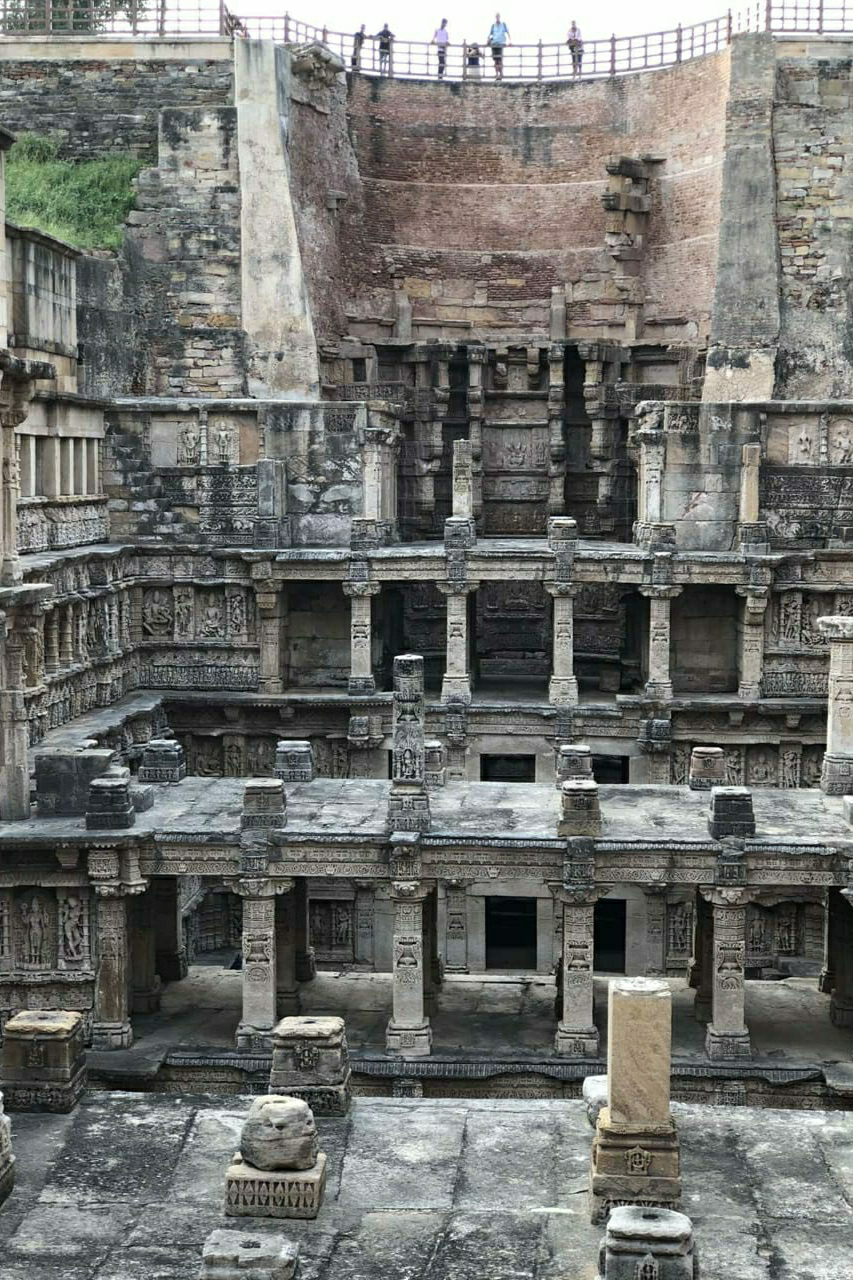 Excavation and restoration took almost 6 years 1981 to 1987 and also they discovered the image of Queen udayamati who built the stepwell in the memory of bhima.  On 22 June 2014 Rani ki vav was listed in UNESCO World Heritage site and also it is named as India' s ' cleanest iconic place' in 2016 in indian sanitation conferences. Rani ki vav is classified as Nanda type well and also architecture and sculpture is similar to the vimalavasahi temple situated on Mount Abu . Rani ki vav has finest architect and largest stepwell in the gujrat. The stepwell is designed as inverted temple. It measures approximately 64 metre long , 20 metre wide and 18 metres deep . 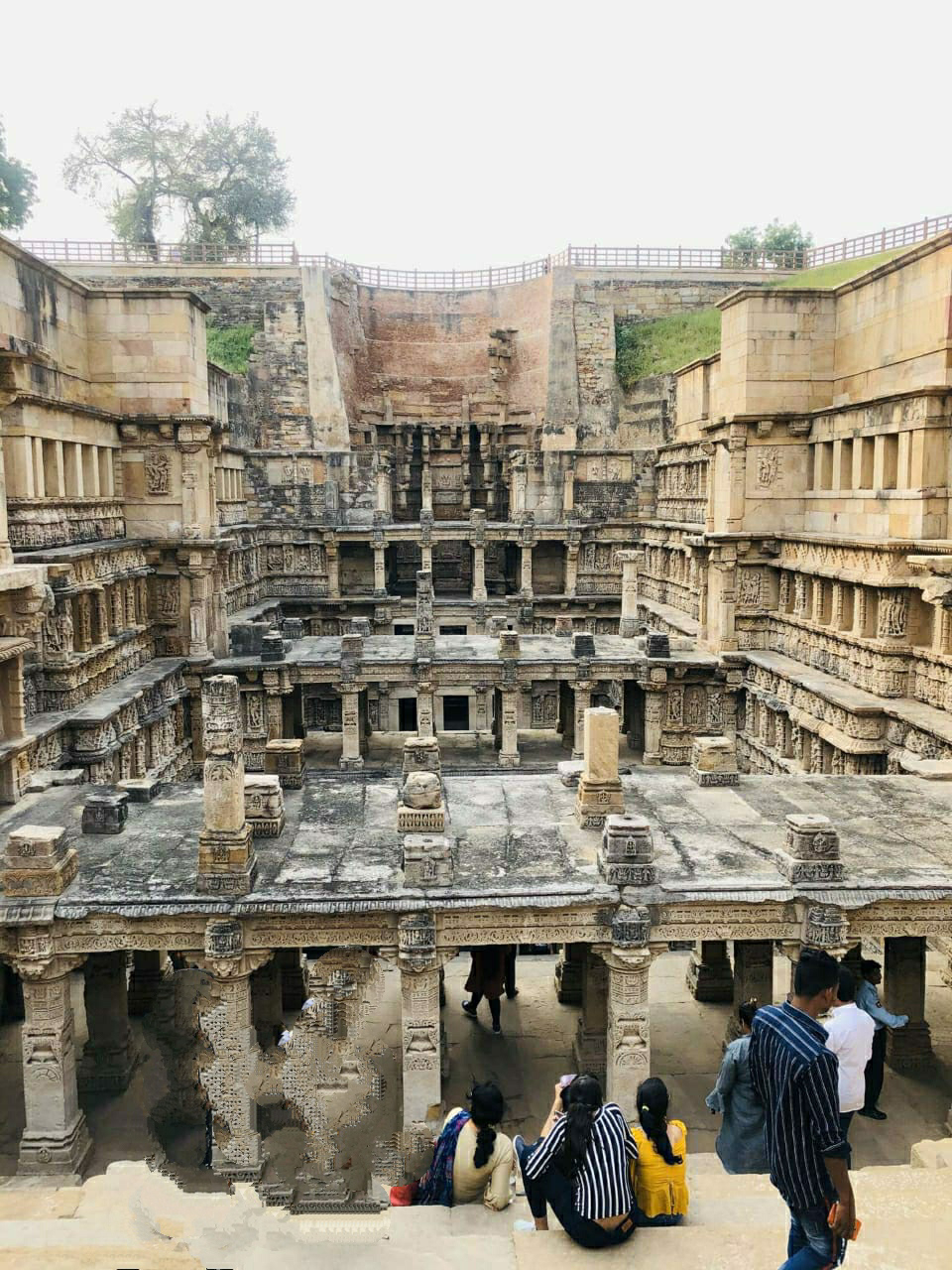 At Rani ki vav there are more than 550 major sculptures and over 1100 minor ones combine secular imagery , mythological and religious. There are sculptures of various hindu deities like Brahma,vishnu,shiva, devi, ganesha,kubera, lakshmi,surya, indra and bhairava. There are also sculptures of deities with there family such as Brahma savitri , lakshmi narayana and uma maheshwar . There are also  large number of apsaras . 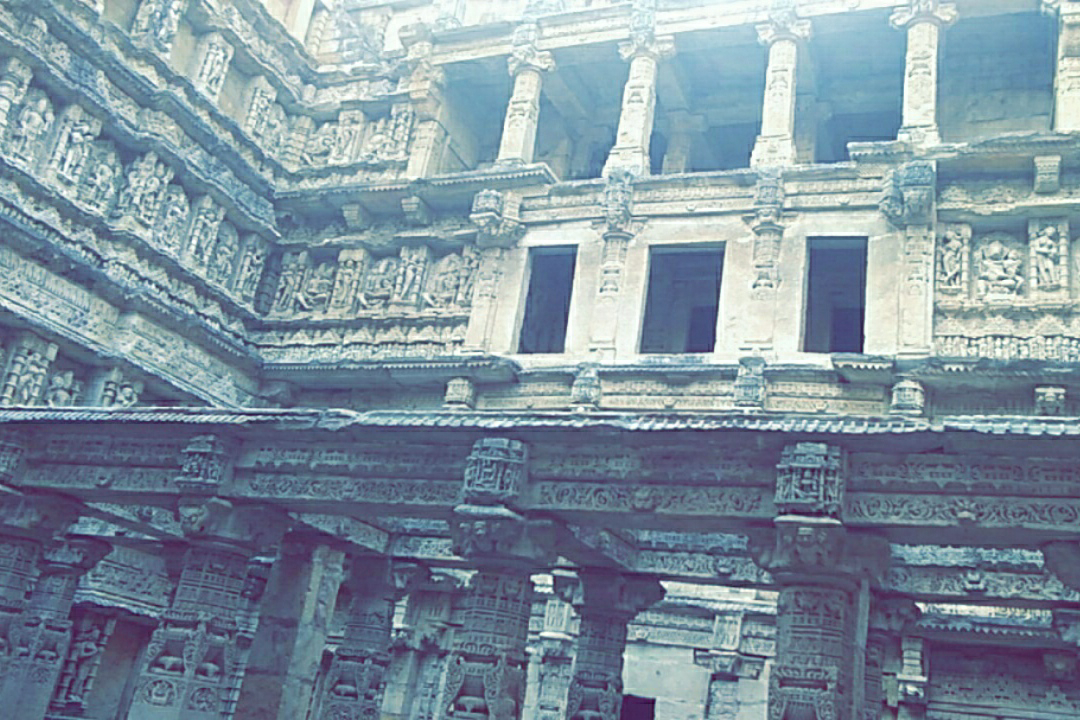 On the pillars of stepwell there are portrait of women's who are performing their activities and everyday life. On northern side of wall of entrance we can see design of patolas which is famous in patan . There are also animal figures like elephant, horses and lion on the pillars. Recently the image of Rani ki vav stepwell was printed on new hundred rupees currency . 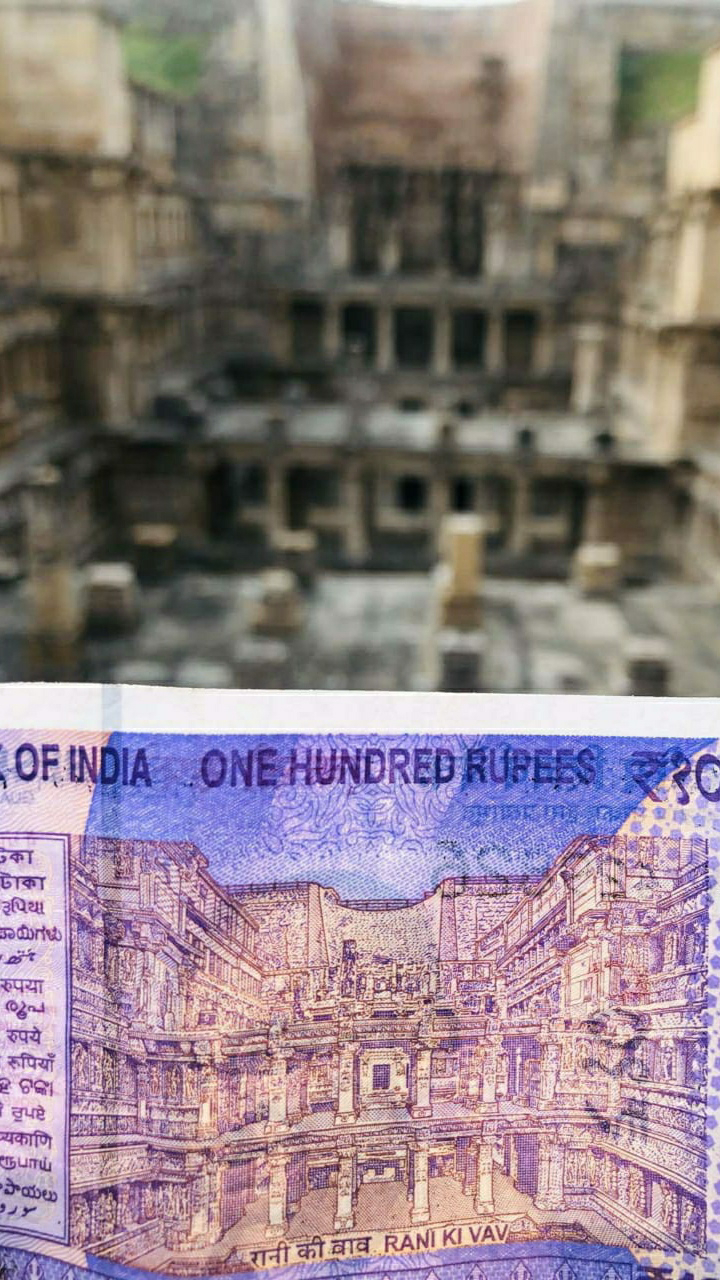 HOW TO REACH AT RANI KI VAV?
BY TRAIN: Nearest railway station is mehsana railway station and from these station you will easily get taxi ,cabs and auto.
BY AIR: Nearest airport is ahmedabad airport and from this airport you will easily get taxi and buses.
BY BUS : from ahmedabad to patan you will get intercity bus which takes 3 hours to reach and also you can take bus from mehsana which take up to 1 hour .