on May 26, 2020
India is known for its diversity, culture, religion, tradition,ritual and languages . But when we  talk about religion we have Buddhism, hinduism,islam, Christianity, Zoroastrianism, Sikhism and Jainism. Every religion has its own unique ritual and mythologies. In hinduism, we have god's name associated with planet ( graha) , Mars ( mangal ) , venus ( shukra) , Uranus (arun) ,  Neptune (varun),mercury( budh) ,Pluto (yam) , Jupiter ( brihaspati) and Saturn ( shani) .Now you are thinking why I'm writing this all graha (planet ) name . Because SHANI SHINGNAPUR is the village which is guarded by shanidev ( lord Saturn) . 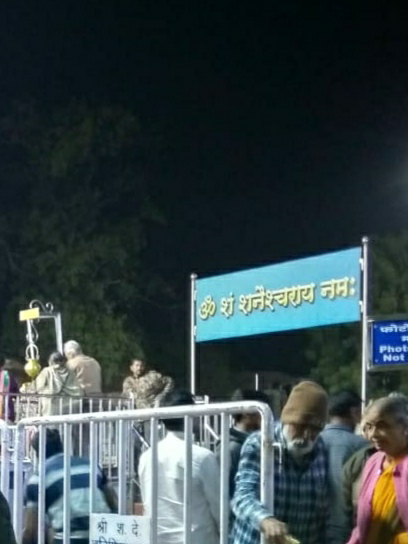 Shani Shingnapur is village situated in Ahmednagar district in the state of Maharashtra in india . Shani Shingnapur is known for its shani temple. Shani temple has story of Swayambhu statue ,when shepherd touches black stone with pointed rod it starts bleeding. When this miracle is known by people of  village everyone gathered here to see this miracle .shainaishwara lord appeared in the dreams of people who gathered here to see miracle , lord quoted that this stone is a form of Swayambhu statue . So people asked lord that they will make temple for lord but lord refused and said whole sky is my roof . Lord also said that villagers is not need to worry about burglars ,thieves and dacoits . Lord only asked his devotees to do daily prayer (pooja) and tailaabhishek ( pouring oil on statue)on Saturday without fail . At present in shani Shingnapur there is no locks , no doors in the houses and also in post office in radius of 1km. According to legend shani trayodashi is the favorite day of lord . Amavasya ( new moon day ) is also considered as favorite day of lord. Before 2016 women were restricted to enter shani dev mandir ( temple) . But after the judgement of the court on 8 April 2016 women were allowed in the premises of temple . Every year thousands of devotees visit here . Also this temple is busiest on Saturday .