TAJ MAHAL( the most beautiful monument in india ), AGRA , INDIA

on May 16, 2020
TAJMAHAL : It is situated in Agra in the state of Uttar Pradesh in india.Taj Mahal was commissioned in 1632 by Mughal emperor Shah Jahan. Taj Mahal was built in the memory of Mumtaz Mahal who died in 17 June 1631 . 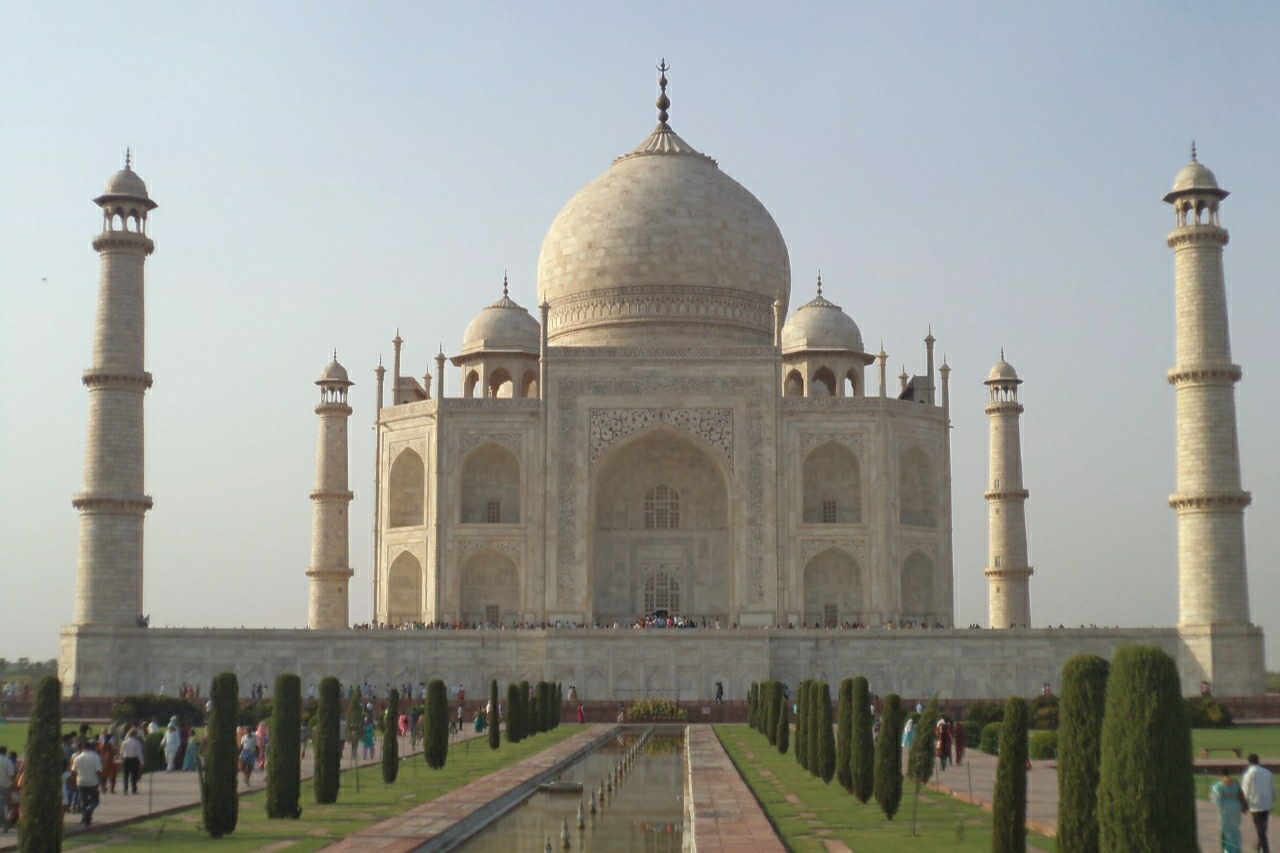 It is also known as crown of the palace. It is made of ivory white marble mausoleum on the bank of Yamuna river. It is located at centre of 42 acre area. Taj Mahal was made to house the tomb of his favourite wife Mumtaz Mahal and also it houses the tomb of Shah Jahan himself. 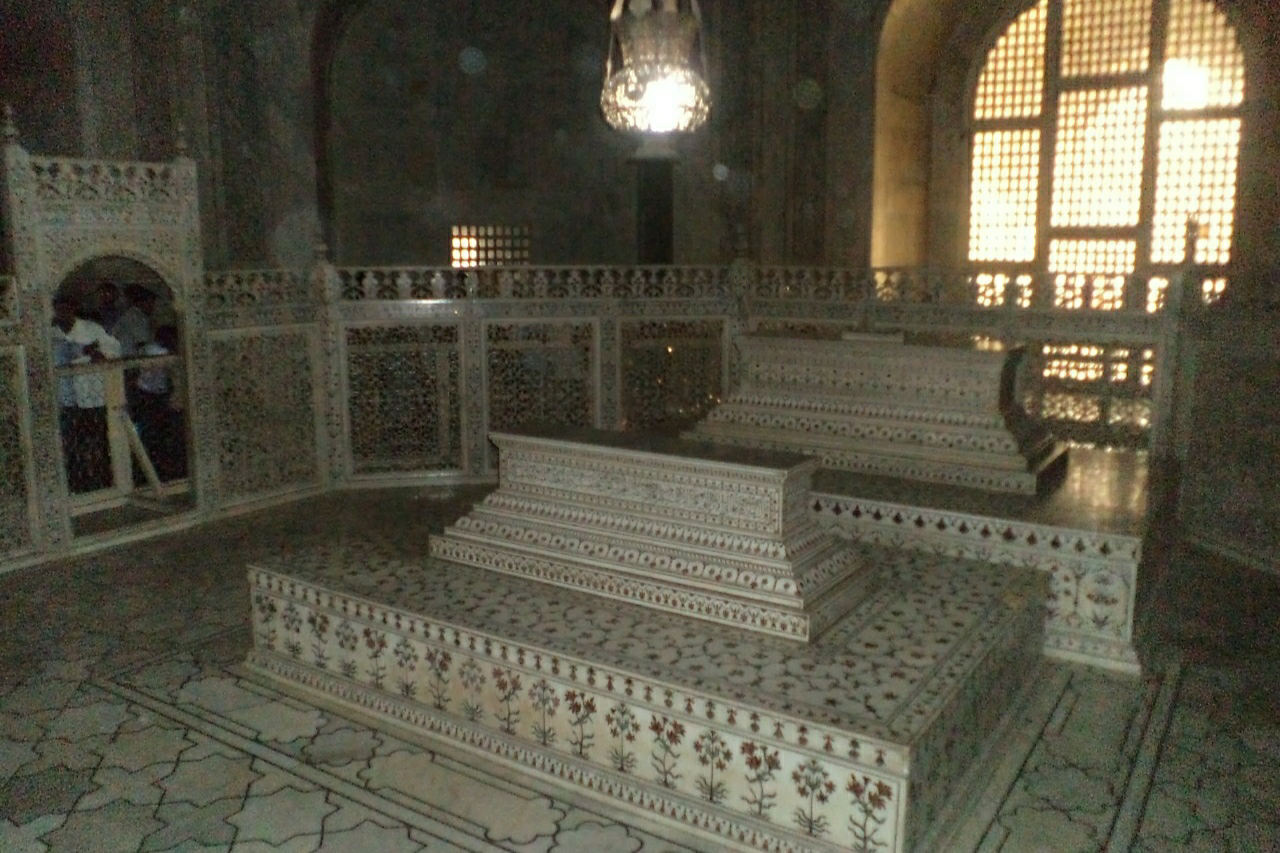 Taj Mahal was built in 1632 to 1653 by architect ustad Ahmad lahauri and architectural style was Mughal architecture. It is considered as UNESCO World Heritage site in 1983. 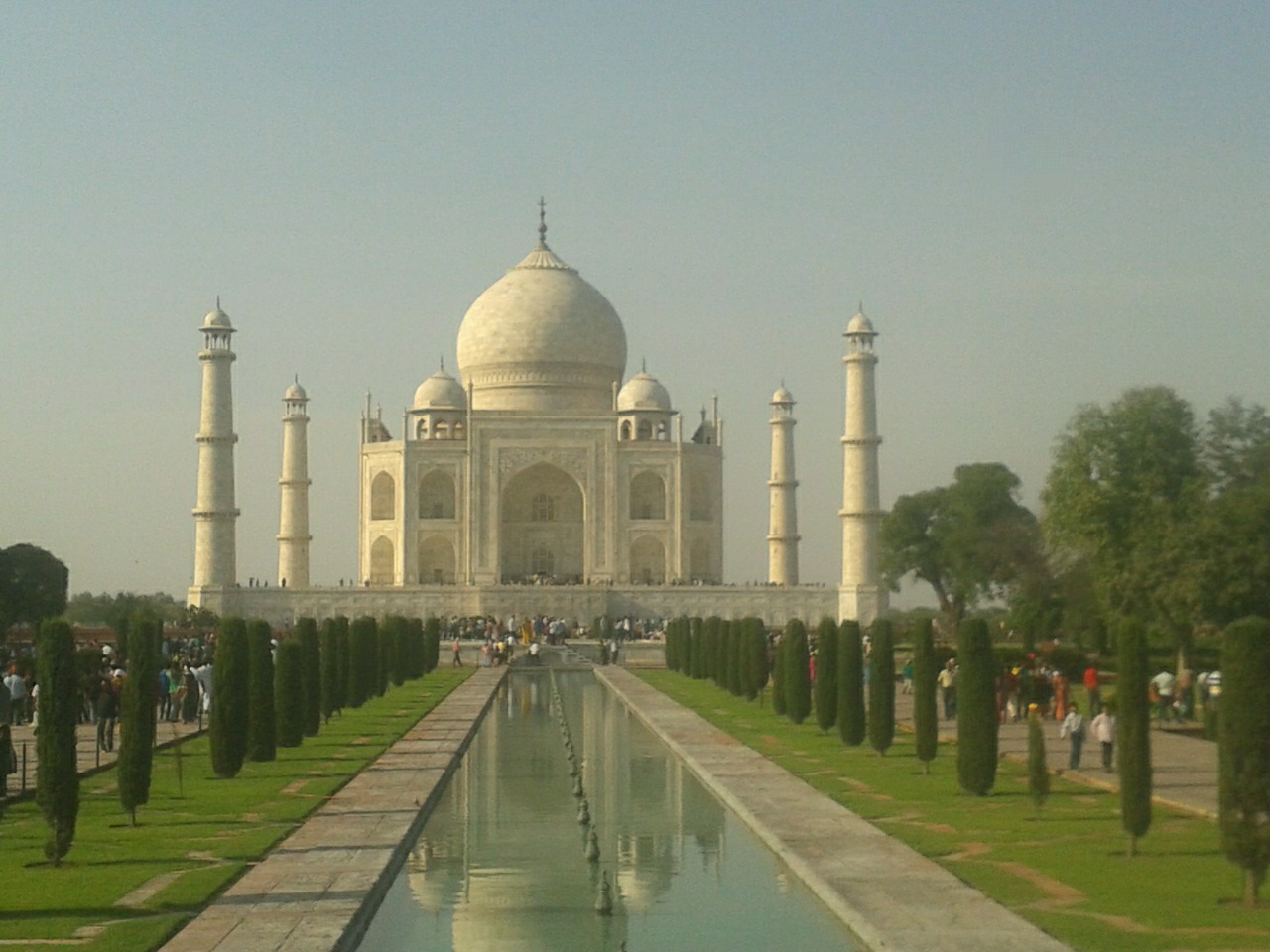 The whole 42 acre include mosque, guest House and garden bounded on three side. The cost to build Taj Mahal was 32 million rupees which is now in 2020 is approx 80 billion rupees .More than  20000 artisan work on the Taj Mahal. 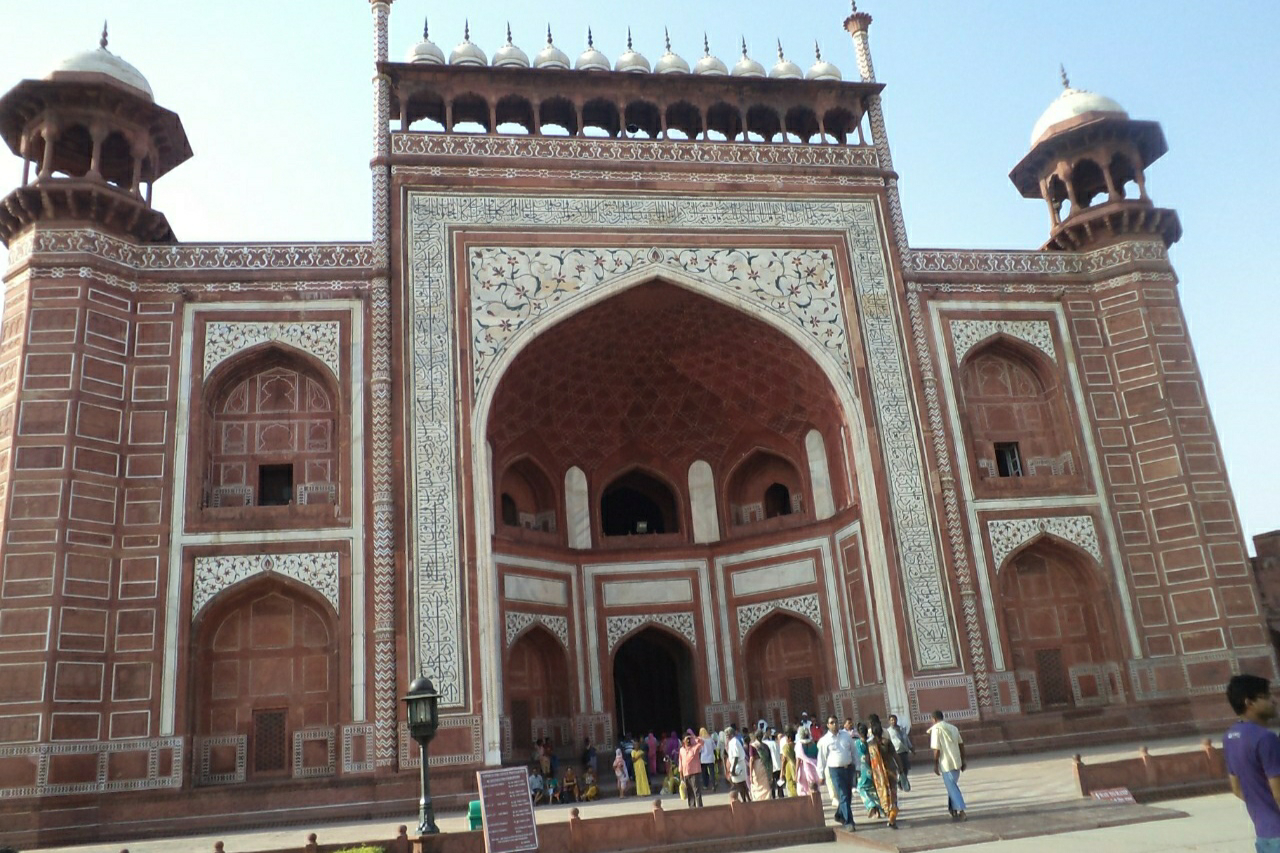 This building is the entrance gate of Taj Mahal . Which is huge and also it is beautiful.
During Mughal period only red sandstone were used to make monument but it was Shah Jahan who promoted white marble. 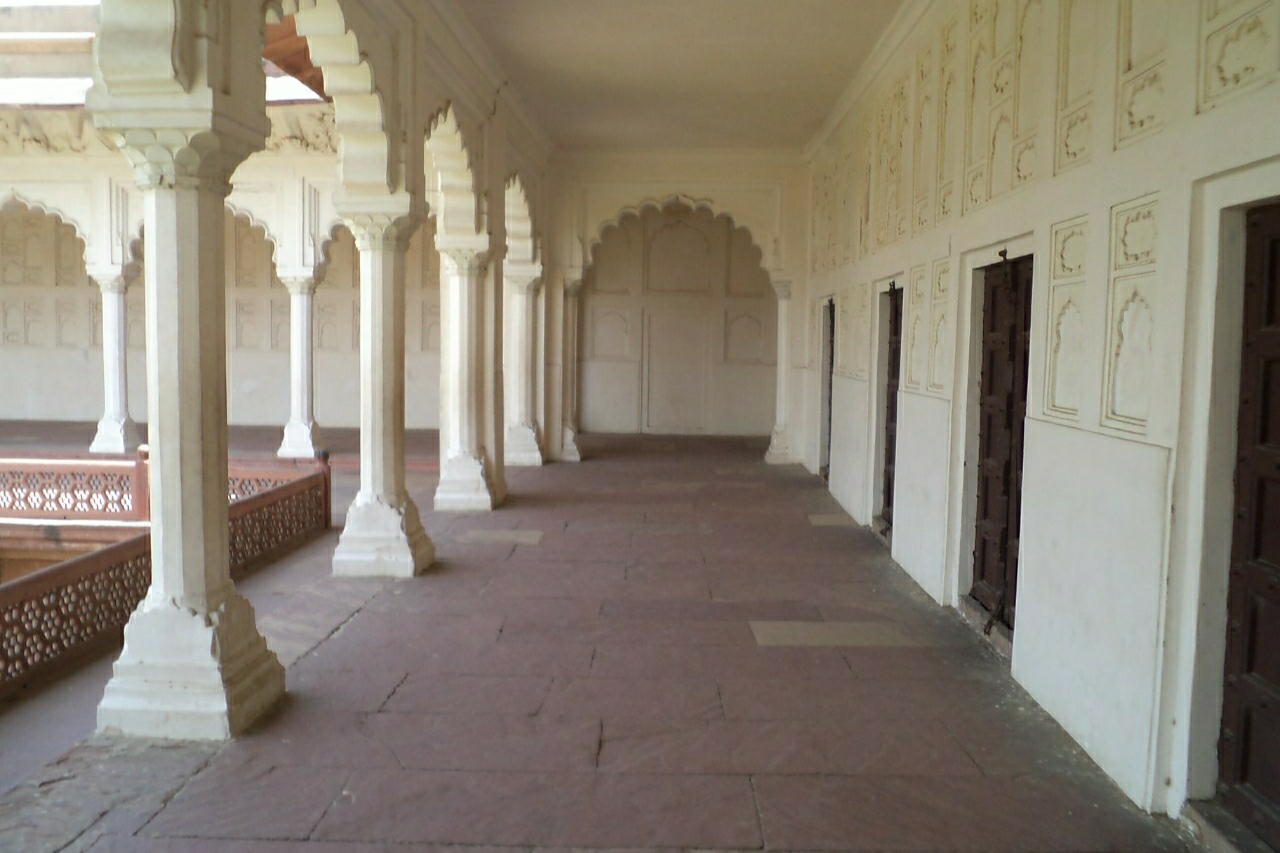 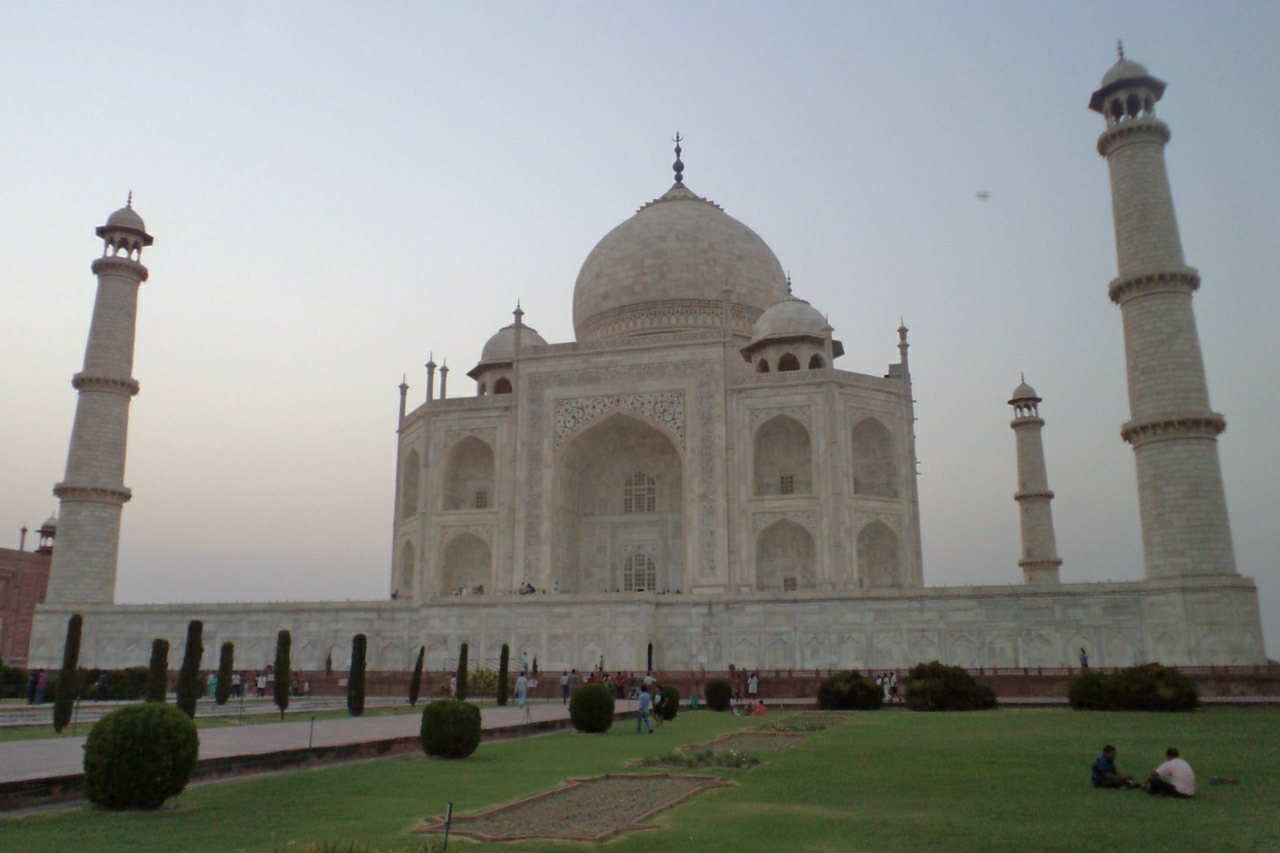 At Taj Mahal there are four minaret which frame the tomb. False sarcophagi of Mumtaz Mahal and Shah Jahan is showed up. But actual tomb of Mumtaz Mahal and Shah Jahan is in the lower level. The marble dome on the Taj Mahal is known as amrud dome ( guava dome ) because of its shape . Dome has lotus design on the top which is beautiful. Dome is surrounded by four smaller dome which is known as chattris . Size of dome is nearly 35 metres . 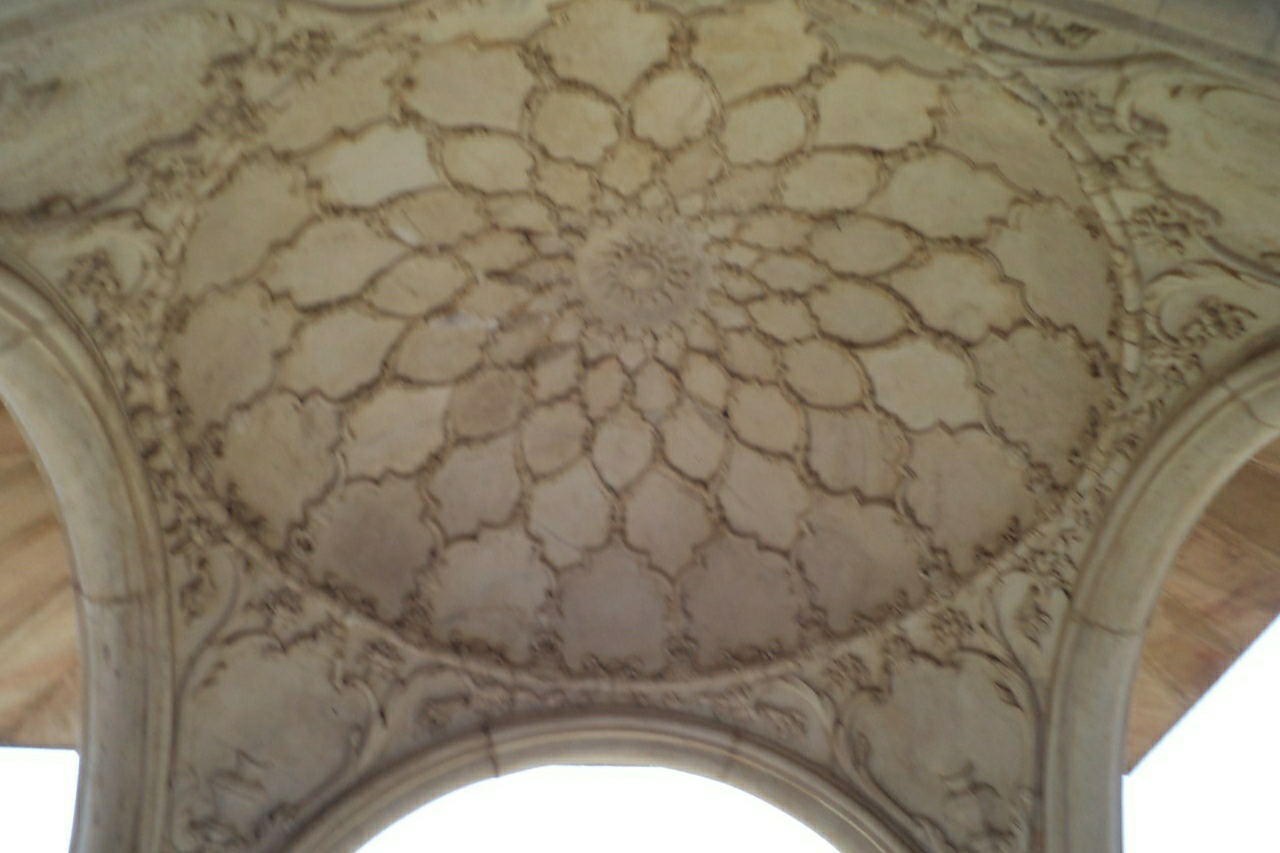 Interior of tajmahal is beautifully design and carved by most talented artisans of Mughal period. 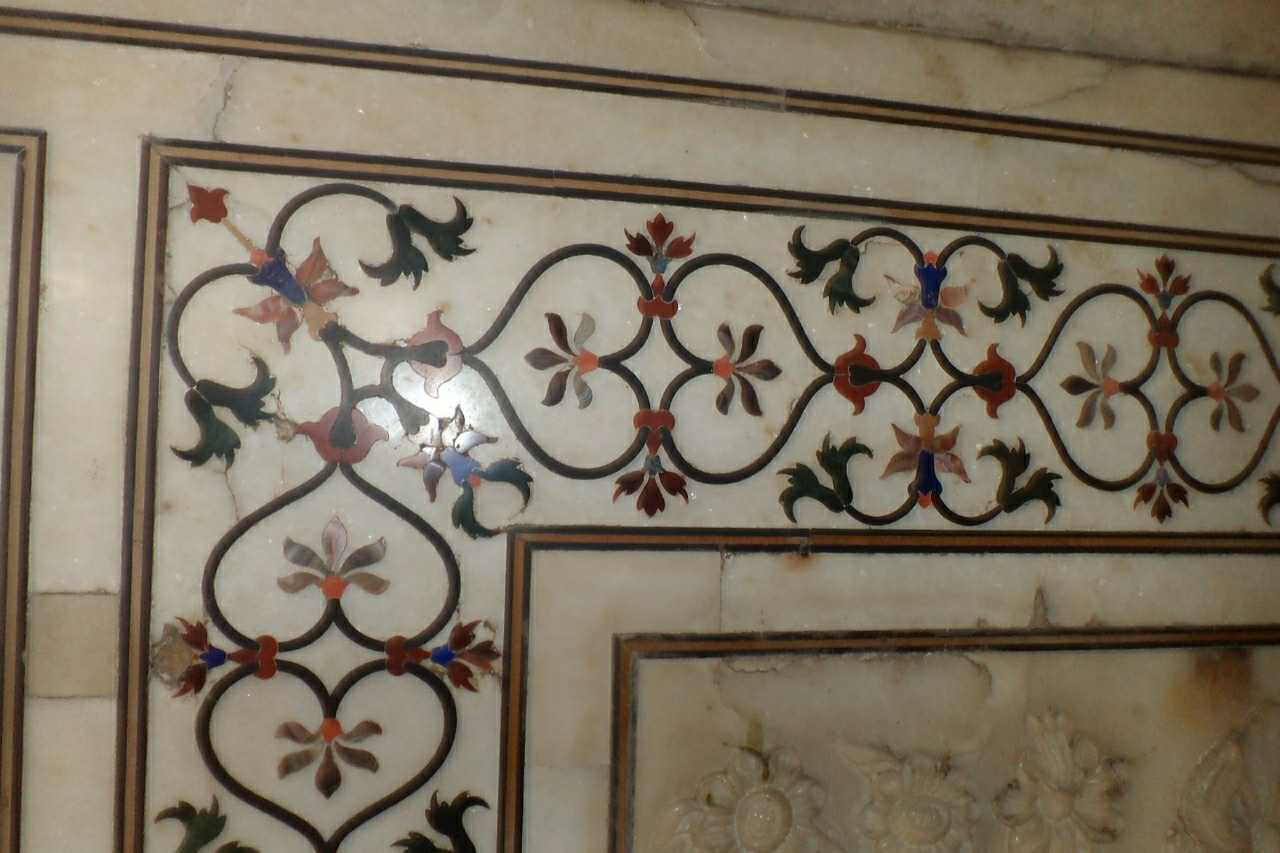 Taj Mahal wall has plant motifs and beautiful flower design in it . Initially finial of Taj Mahal was made of gold but replaced by bronze in early 19th century . 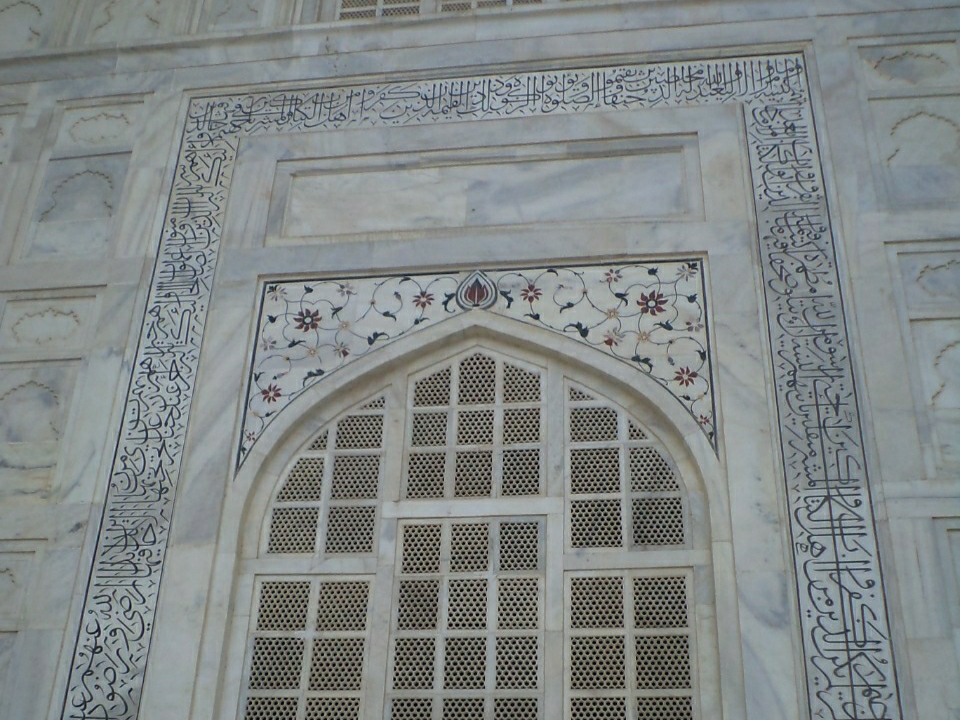 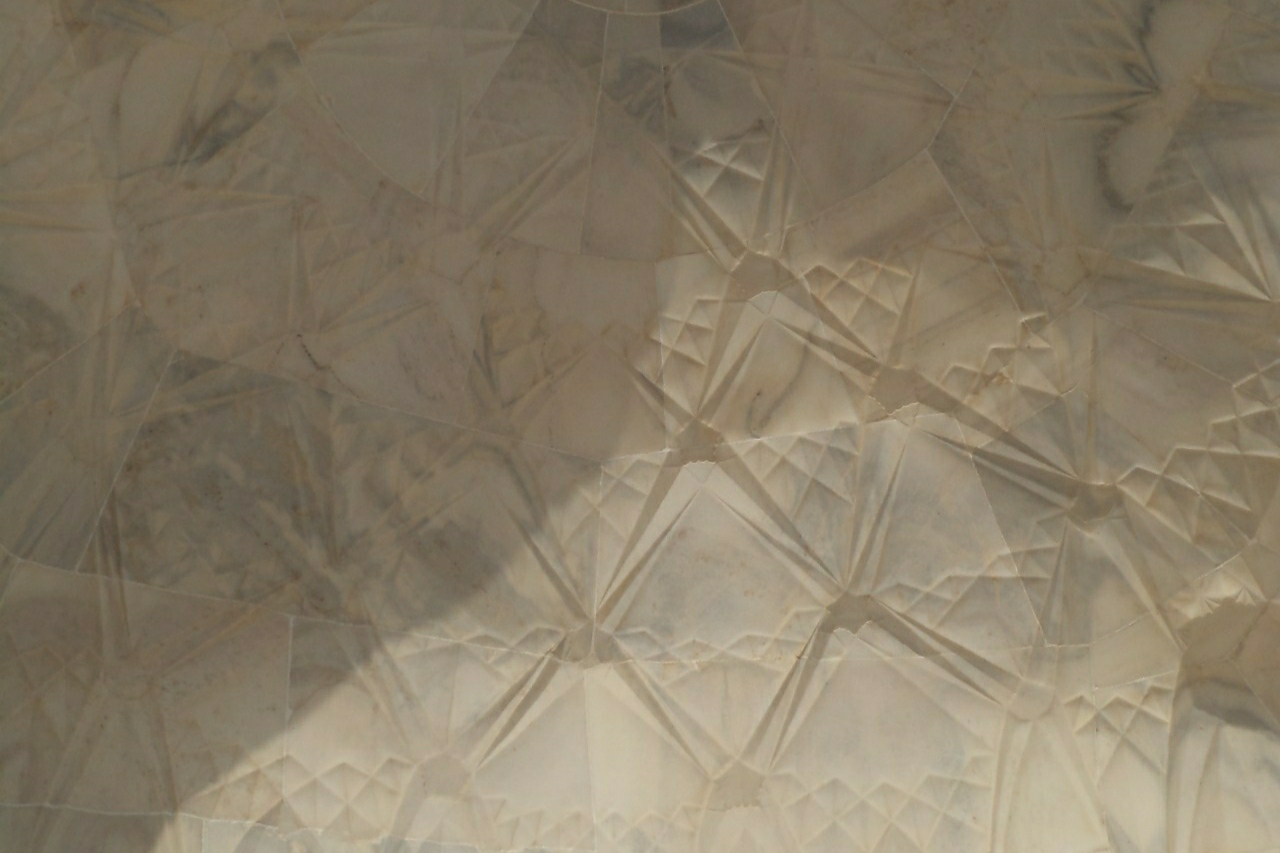 The wall also has amazing design and great architect . 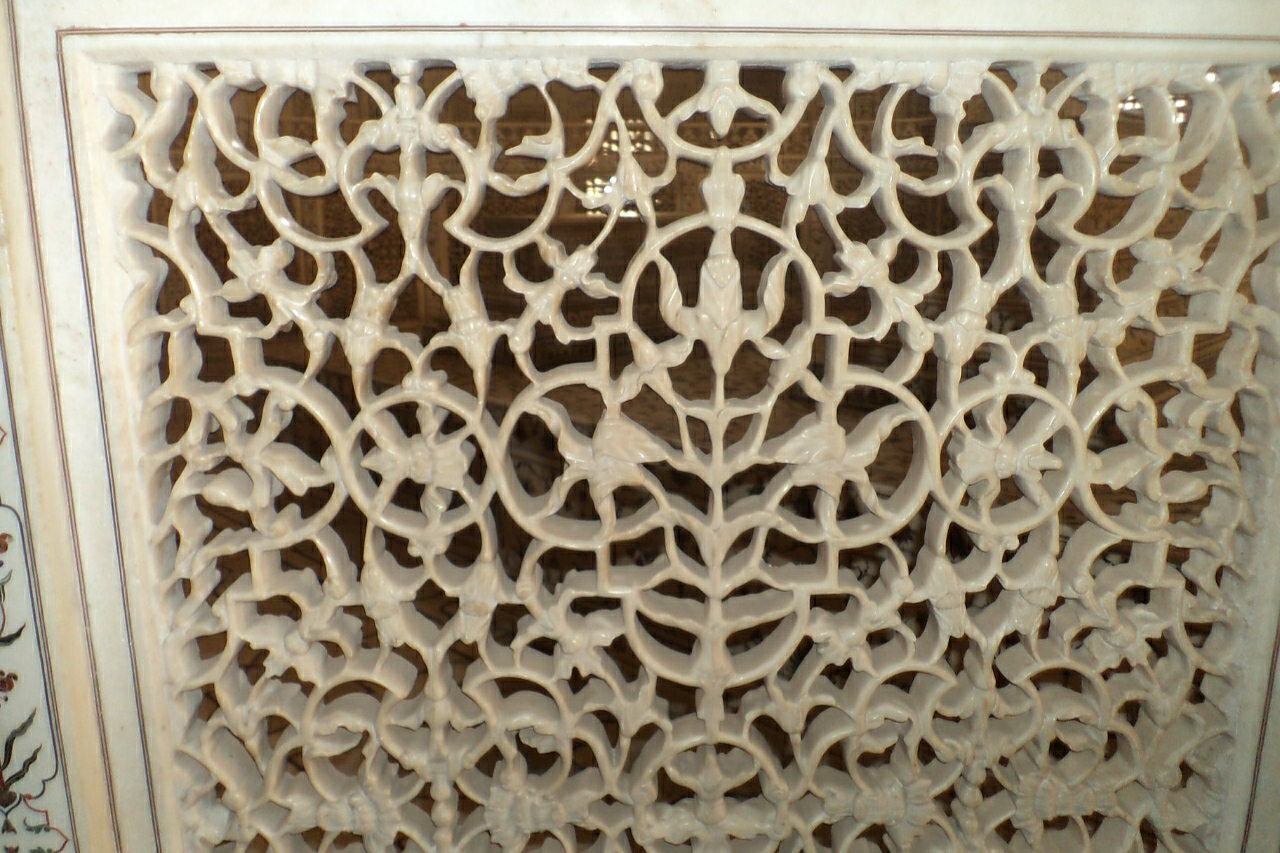 There are also designed which are of marble jali lattice. 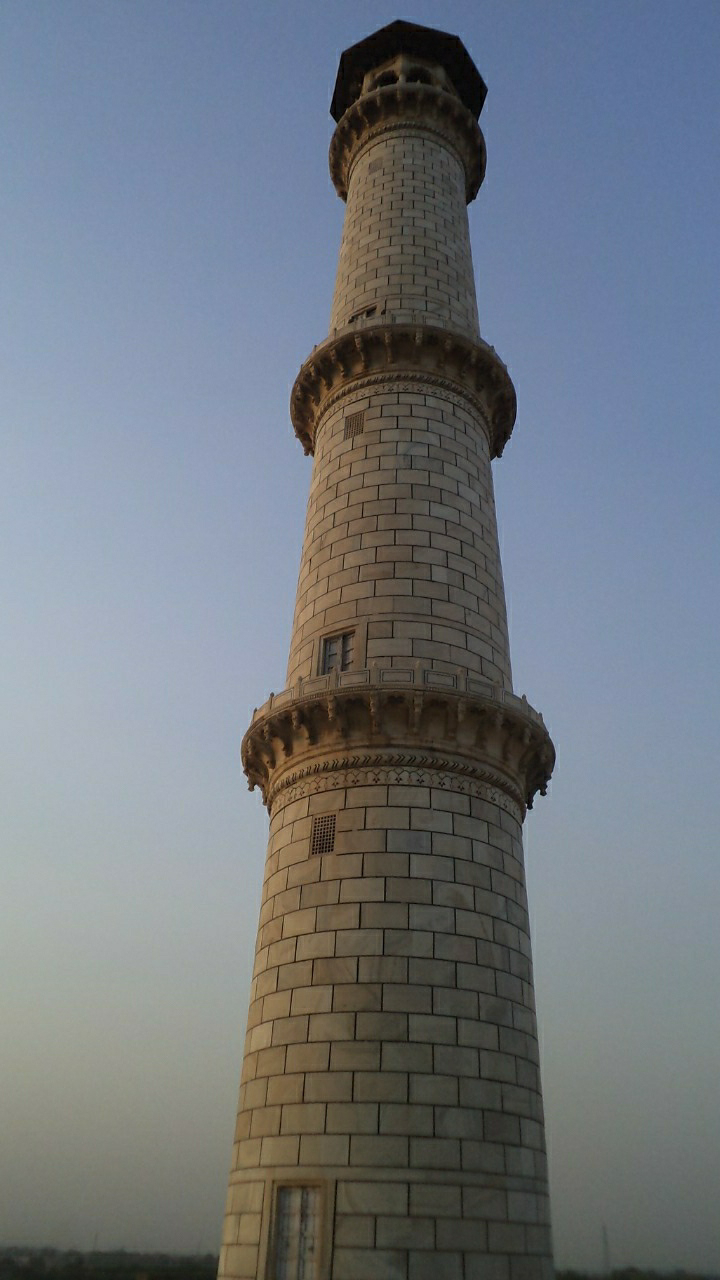 Taj Mahal is surrounded by four minarets which is 40 metres tall ( 130ft ) . These four minarets add up some more grace on Taj Mahal. Taj Mahal has beautiful marble water tank which is known as HAWD - AL - KAWTHAR . 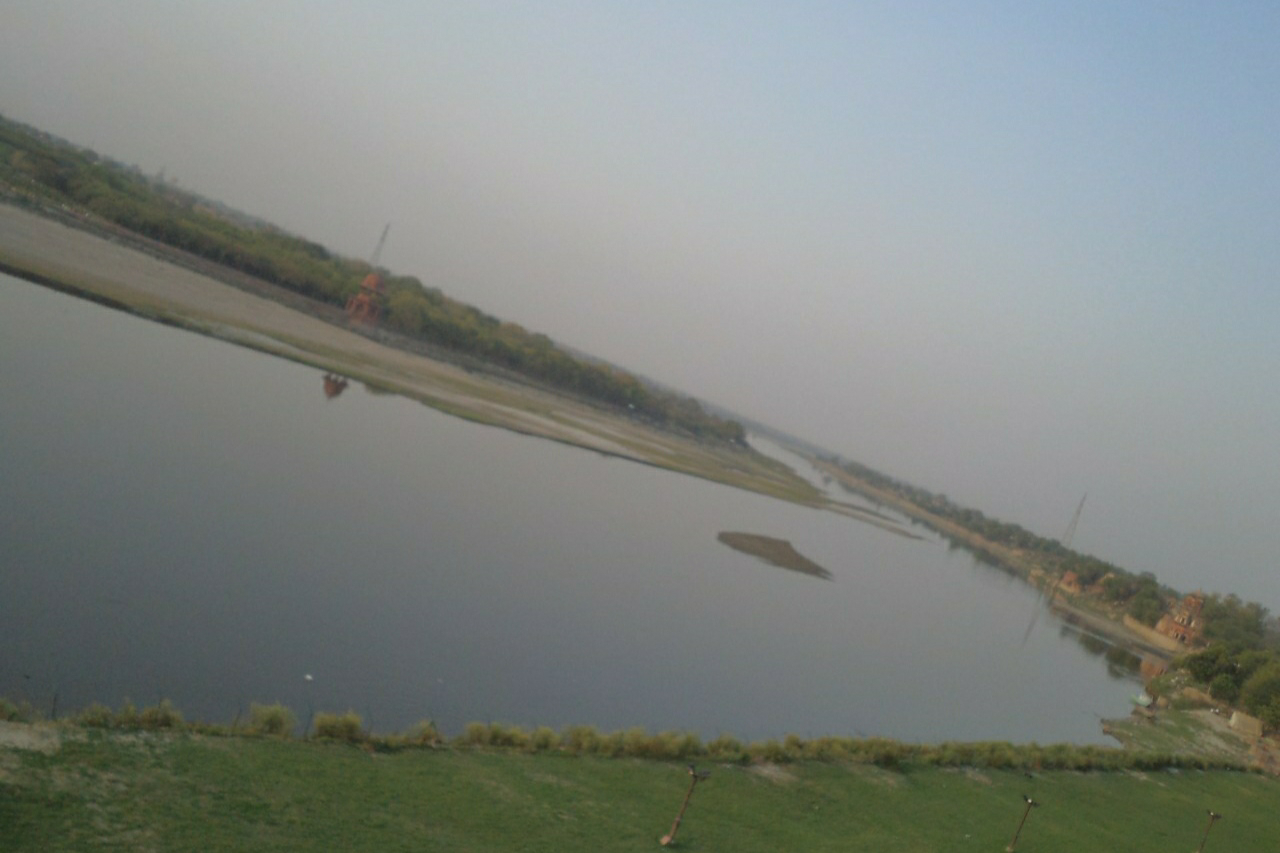 The water tank is filled with water which enhances the beauty of Taj Mahal . 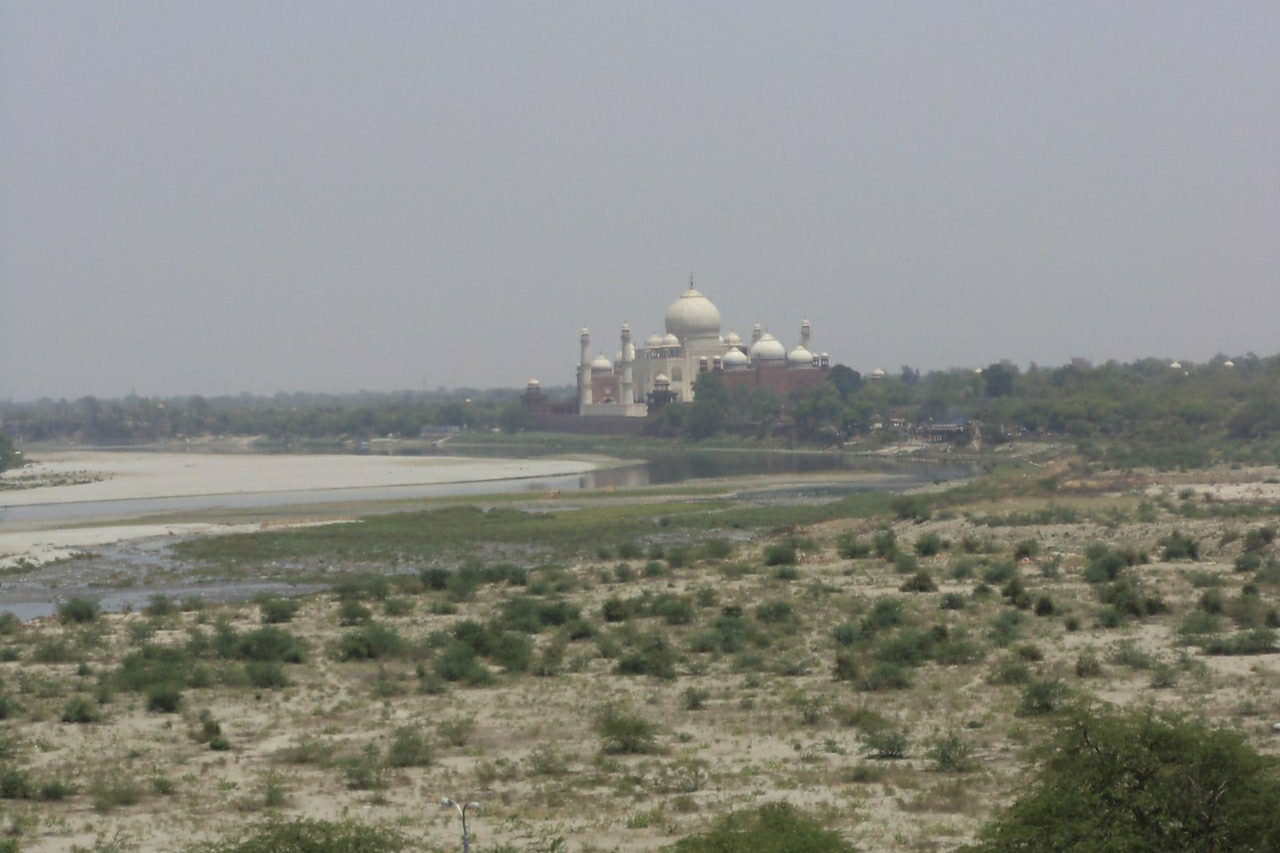 Tajmahal is also surrounded by beautiful garden which is also  known as Mughal garden . This garden has beautiful flower,trees and plants . Many foreign dignities like Michelle Barack , Obama Barack , Vladimir Putin, mark Zuckerberg, Jimmy Carter, Jacqueline Kennedy,princess diana and Donald Trump has been visited here to see Taj Mahal . Greatest treat that Taj Mahal has faced is environmental treat due to acid rain and air polution Taj Mahal colour has changed into yellow brown. Now precaution has been taken by government of India . During india and pakistan war in 1965 and 1971 Taj Mahal was scaffolded to mislead the bomber pilot . Every year 8 to 9 million tourist visit here. Taj Mahal has two tier pricing system 50 rupees for indian and 1100  rupees for foreigners.  Taj Mahal is a paradise and it is so beautiful. Every person should visit here once in a life .
HOW TO REACH AT TAJ MAHAL?
BY AIR: Nearest airport is Agra airport and delhi airport from here you will easily get Bus, taxi and cabs .
BY TRAIN: Nearest station is Agra cantt railway station which is 5 km away from Taj Mahal from here you will easily get taxi ,bus and cabs.