Statue of Unity( biggest statue in the world) , Gujrat , India

on June 04, 2020
Before 2018 spring Temple budhha was the tallest statue in the world with height of 153m but at present the world tallest statue is the statue of unity with the height of 182 m dedicated to sardar Vallabhbhai Patel situated in the state of Gujarat in india . The exact location is Narmada valley, kevadiya colony in Narmada district in the state of Gujarat in india. 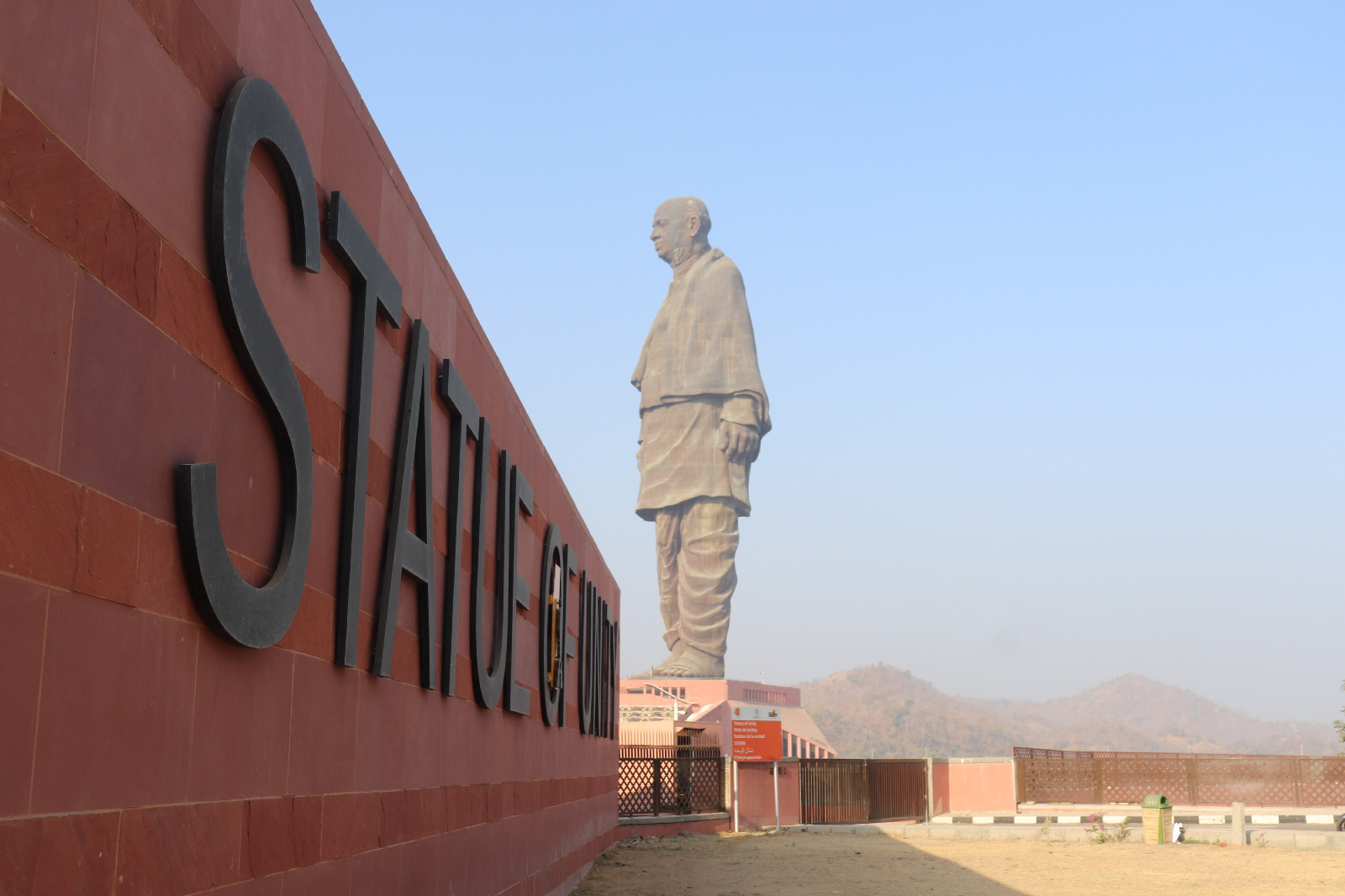 It is a colossal statue of indian independence activist sardar Vallabhbhai Patel ( 1875 - 1950 ) . He was also the first deputy prime minister and home minister of independent India and part of the Gandhiji's non - violent indian independence movement. Under the leadership of sardar Vallabhbhai Patel the single union of India was formed by uniting 562 princely states who were the part of the British raj . The statue of unity is located on the bank of Narmada river facing sardar sarovar dam . 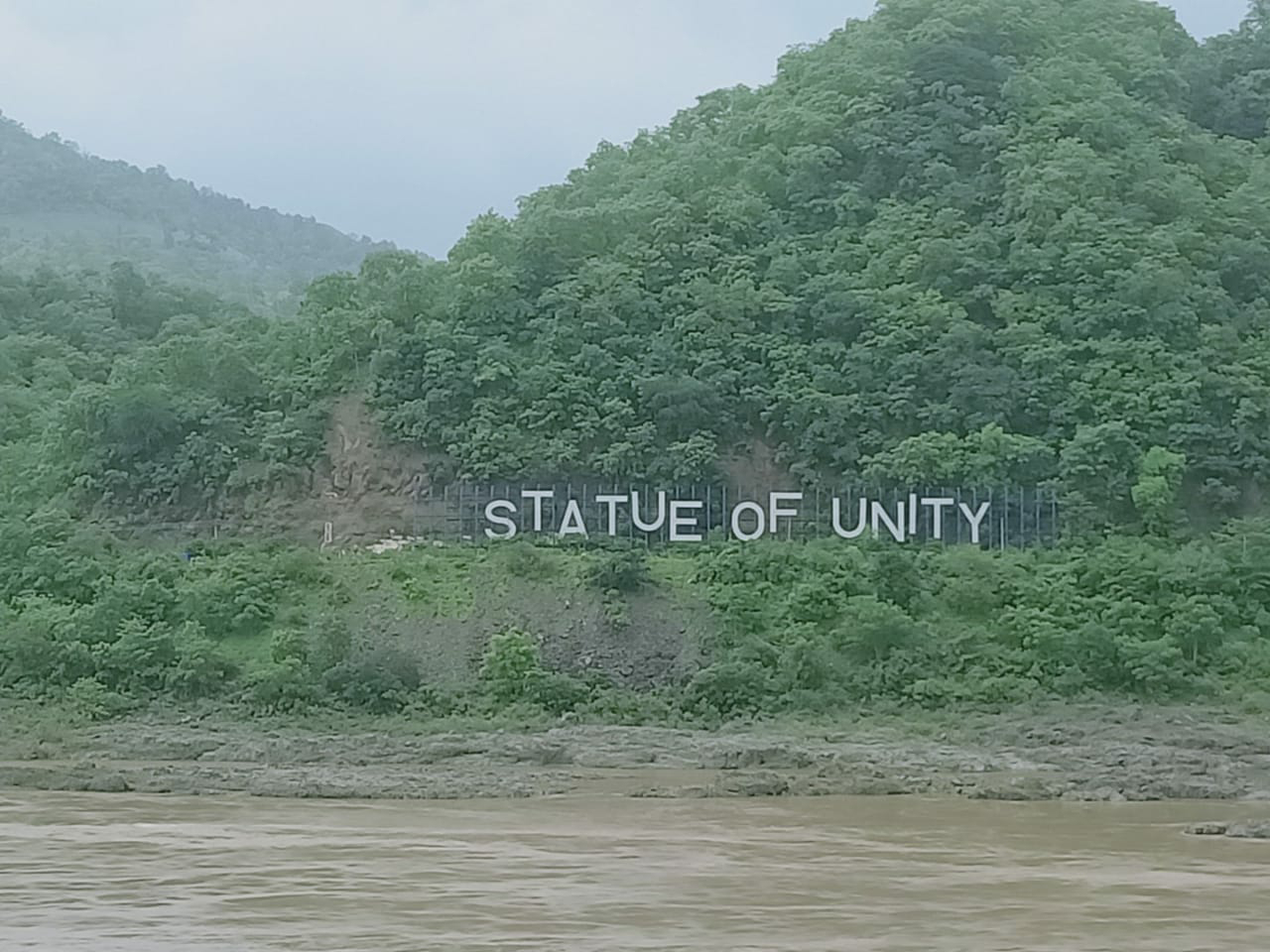 On 31 October 2013 construction was started and it was completed on 30 October 2018 . It took 5 years to complete the whole statue . On 2010 project was announced by the authorities. Constructed by Larsen & toubro by winning contract for its lowest bid of 2989 crore rupees for  construction , design and maintenance on 27 October 2014 .  Larsen & toubro limited employed 250 engineers and 3000 workers for the construction of the statue. 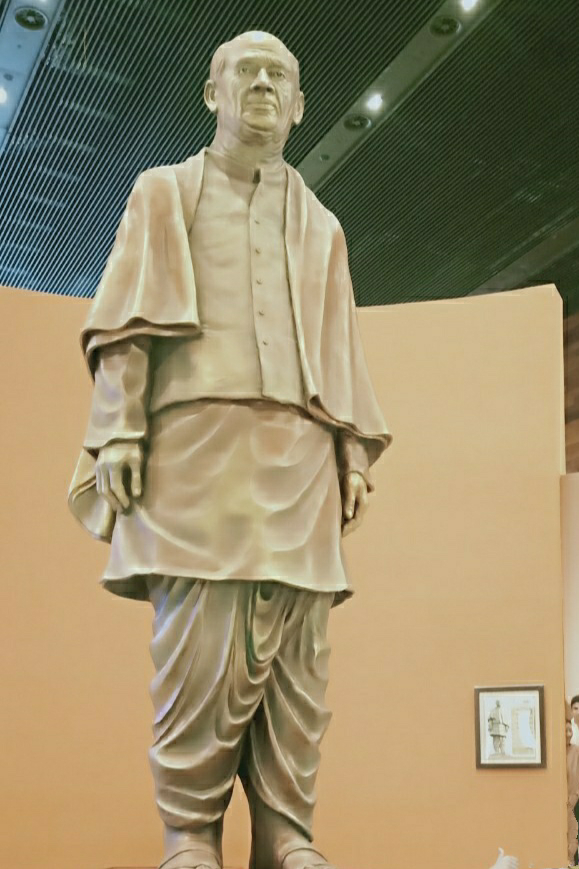 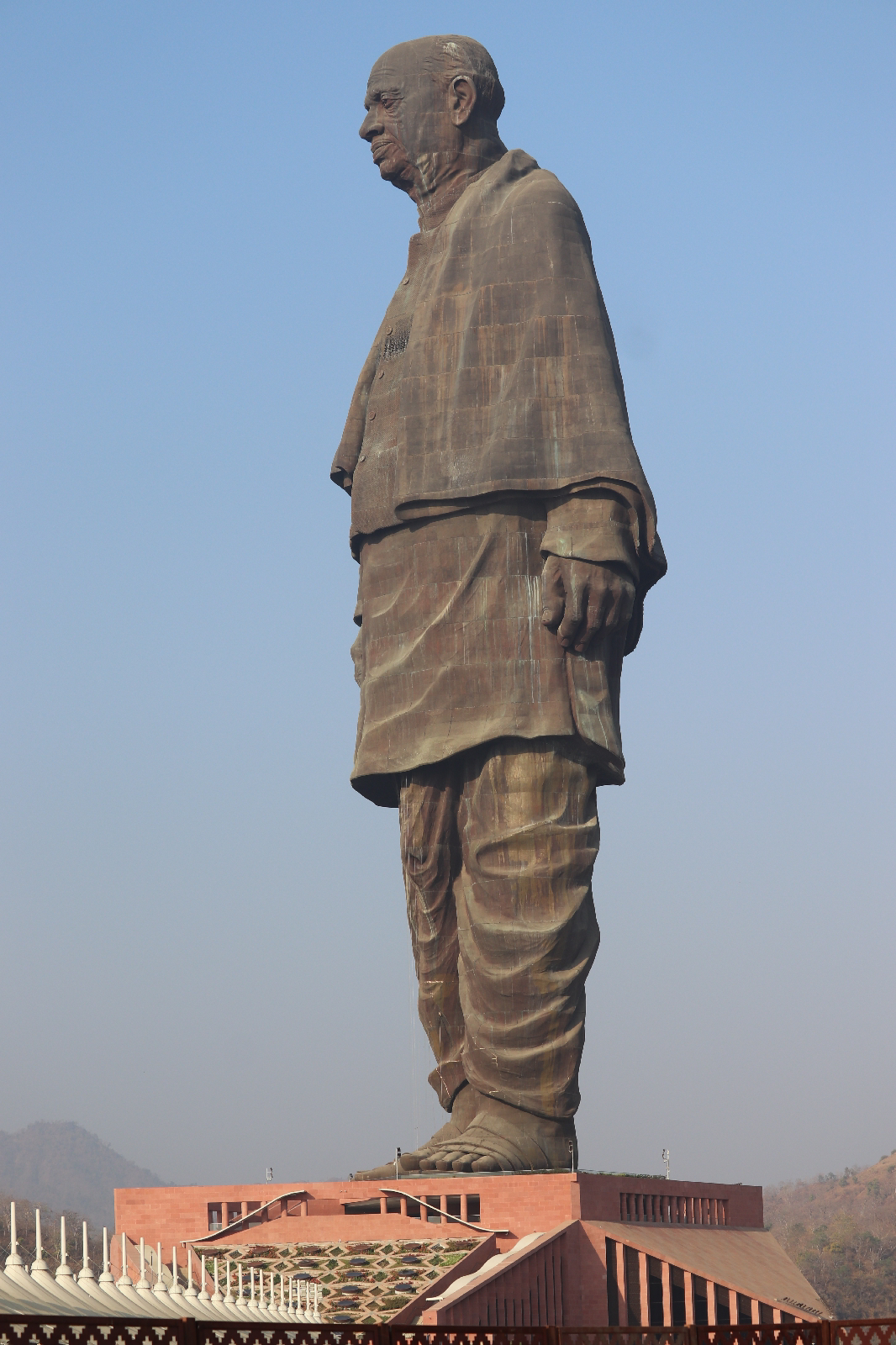 A separate committee has formed under the chairmanship of chief minister of Gujarat named as SVPRET ( sardar Vallabhbhai Patel rastriya ekta trust ) to handle the statue of unity on ground. The statue of unity is made of Bronze cladding, brass coating,steel framing and reinforced by concrete. Statue can withstand earthquake measuring 6.5 on the Richter scale and the wind with the speed of 180 km per hours . 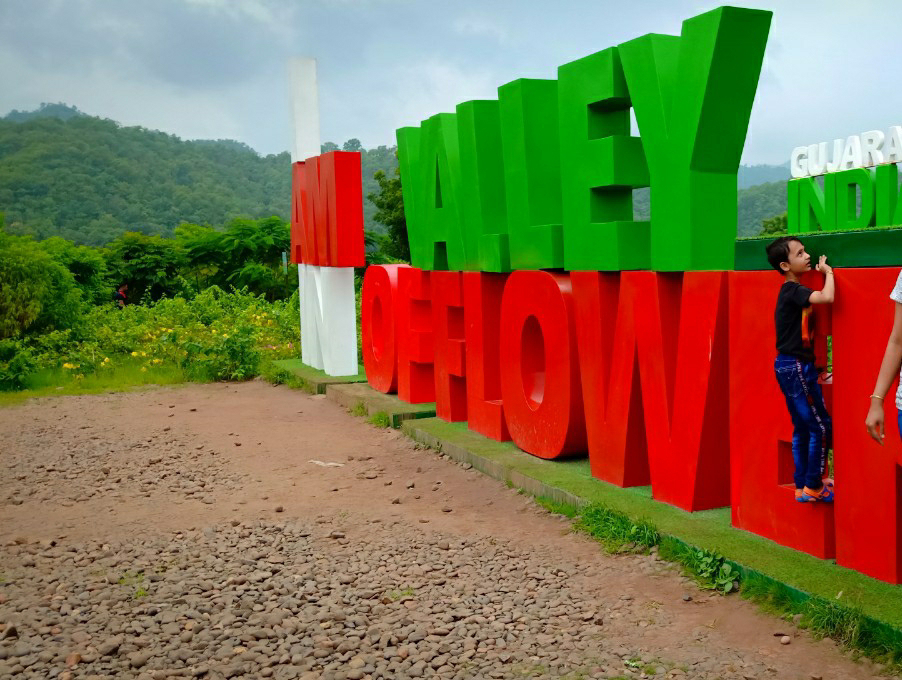 The statue of unity is divided into 5 zones and only three are available for public.
Zone 1 : Museum and memorial garden
Zone 2 : Reaches till thigh
Zone 3: extend till gallery
Zone 4 : Maintenance area
Zone 5 : comprises shoulders and head of the statue

Museum at zone 1 shows the  contribution and life of sardar Vallabhbhai Patel with presentation and also with audio .
At the height of 153 m there is a gallery which has capacity of 200 people . The statue has two lifts in each leg of the sardar Vallabhbhai Patel which has capacity of 26 people and also it is fast . Every year 2.6 million tourist visit this place and in one day 15 thousands tourists visit statue of unity.  The statue of unity was accessible to public on November 1 2018 . In the first 11 days 128000 tourists visited this place. The statue of unity is included in the sanghai cooperation organ ' 8 wonder of SCO list .